the Lithuania Tribune, LRT
aA
Lithuania is taking part in the Eurovision Song Contest for the 17th time this year. Donny Montel's "I've Been Waiting For This Night" has been hailed as a solid entry, although Lithuania's history in the contest since more than two decades ago has had its hits and misses. LRT has compiled an overview of Lithuania's first eight entries. 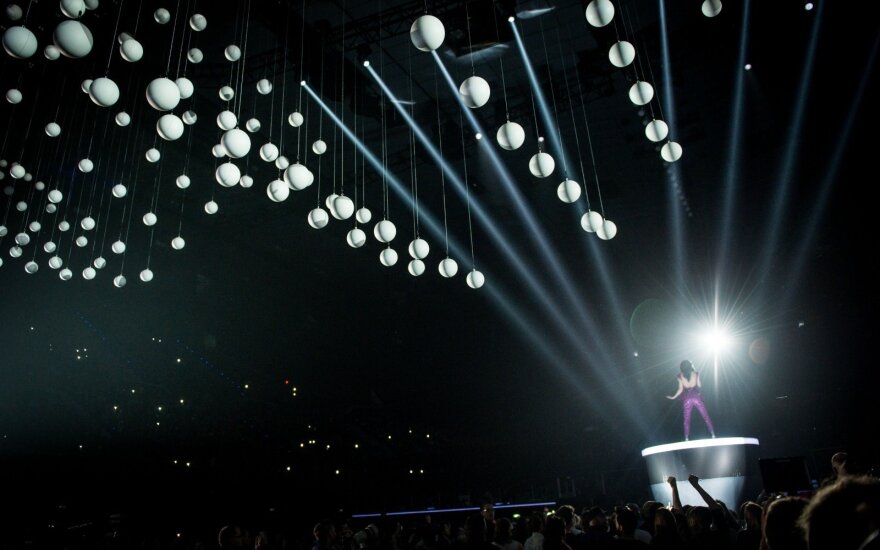 Lithuania's Eurovision début was in Dublin in 1994. "Lopšinė Mylimajai" ("A Lullaby to the Loved One") performed by Ovidijus Vyšniauskas did not sweep the European audiences off their feet. Did it make them sleep? Lithuania finished 25th, dead last.

Two years later in Sweden Lithuania was finally a hit! Well, sort of. "You Got Style", by the music band Skamp, finished 13th out of 23. Lithuanians were euphoric - they were not disqualified from taking part in Eurovision the following year.

The following year in Tallinn was once again a low point for Lithuania. Aivaras Stepukonis performed his song "Happy You" and finished 23rd out of 24. Everyone blamed his hat.

The Tallinn fiasco meant Lithuania skipped Eurovision the following year and came back in 2004. In Istambul, the duo of Linas and Simona represented the country with "What's Happened to Your Love?". This was the year when Eurovision introduced semifinals with ten entries from each of the two semifinals qualifying for the final concert. Linas and Simona were 16th.

The following year, Laura and the Lovers repeated the feat. In Kiev, the band's song "Little by Little" finished 25th (with a total of 17 points) and that was the last that Europe heard of it.

But the following year Lithuanians were the winners. At least they said so themselves. The song by LT United was called "We Are The Winners" and the chorus continued "... of Eurovision". And the audiences in Athens and around Europe were almost convinced. Lithuanians finished sixth, so far our best Eurovision result.

In 2007, by the rules in place at the time, Lithuania skipped the semifinals and went straight to the final. But that was the end of good news. "Love or Leave" by the band 4Fun made a lukewarm impression of Europe and was voted 21st out of 24 performances.