Vaidotas Žukas
aA
The Alanta Estate Gallery is hosting an exhibition of carvings by one of the most famous Lithuanian folk artists of the 20th century, Lionginas Šepka (1907-1985), born in the Rokiškis region, and modern sculptures, ceramics, collages and drawings by Antanas Mončys (1921-1993), a native of Kretinga who after the Second World War lived in Paris. 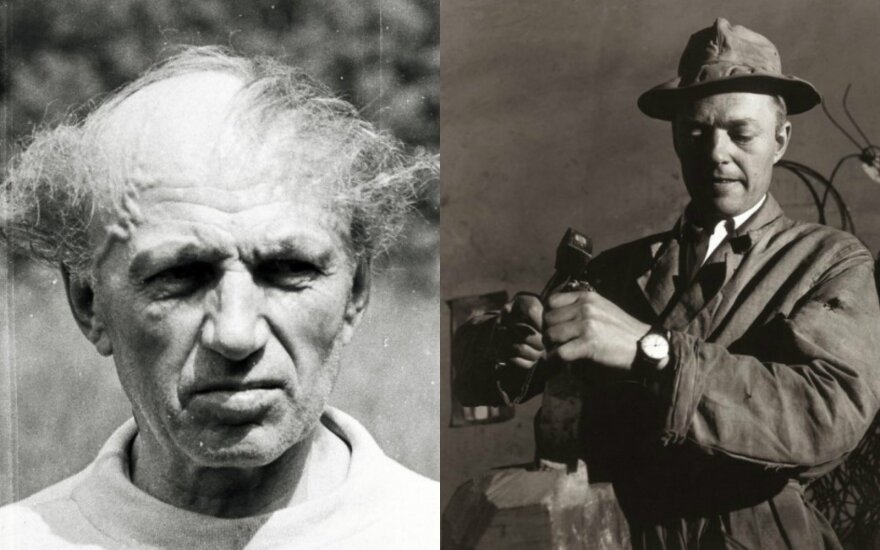 As far as is known, A. Mončys and L. Šepka never met in real life (A. Mončys may have seen the Soviet cultural press publications about L. Šepka works), but both of their lives were marked by the same creative passion. Both of them were outcasts: L. Šepka was a recluse who lived in a dugout, a hut with a stove but no chimney and was later banished for four years by the government and his relatives to the Didvyžiai Old People’s Home in Vilkaviškis. A. Mončys lived in France for a long time, but did not become a French citizen, wrote letters to his relatives who remained in Soviet Lithuania under fake names. 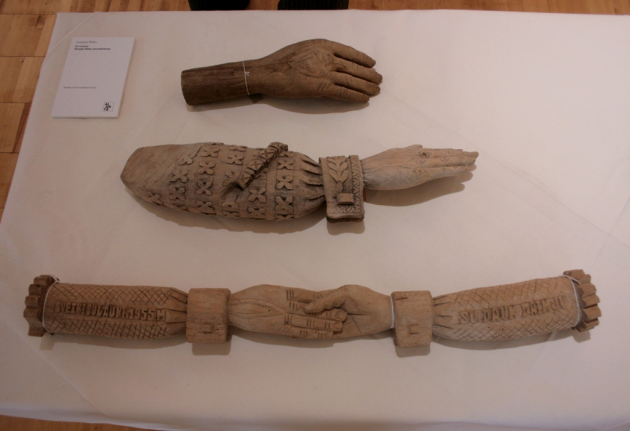 The work of both artists at times is amazingly related in terms of topics and forms of expression – the symbols of life, love and death. L. Šepka often portrayed Christ, Mary, angels, saints, etc., while among works by A. Mončys there are an abstract wooden “Pensive Christ”, drawing “Announcement of Birth”, “Love” etc.

There are also chains, carved from solid wood, found in traditional Lithuanian art. In the Alanta exhibition – a large chain made by Mončys from large chestnut tree rings, called “King – Idler” and L. Šepka’s wooden chain details from the monument to his brother Petras.

Sticks: “Stick – Woman” by Mončys and seven sticks decorated with floral motifs and texts.
Hands: A. Mončys stone relief “Hand – Moon” and the wooden “Hand”, L. Šepka’s several wooden hands for statues of saints, or a carved New Year’s greeting portraying a handshake.
Birds: ten small and large birds by Šepka remaining from the composition “The Bird Ball” (1970-1972), “Bird” by Mončys, “Head of a Bird” and twenty colored bird shaped clay whistles the artist had made for his three children. 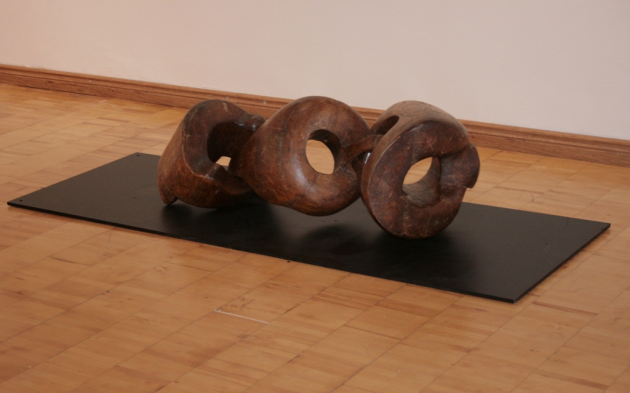 Death forms: a bone woman going up the stairs by A. Mončys, “A Skull”, a large hanging wooden skeleton and 8 crucifixes by L. Šepka.

Both artists – the self-taught L. Šepka and A. Mončys who was a professional artist – had a viable, extremely talented, almost innate sense of form; they are part of the Lithuanian art tradition, immersed in the sacred springs of Christianity, which consciously or intuitively survived the existentialism of the 20th century. 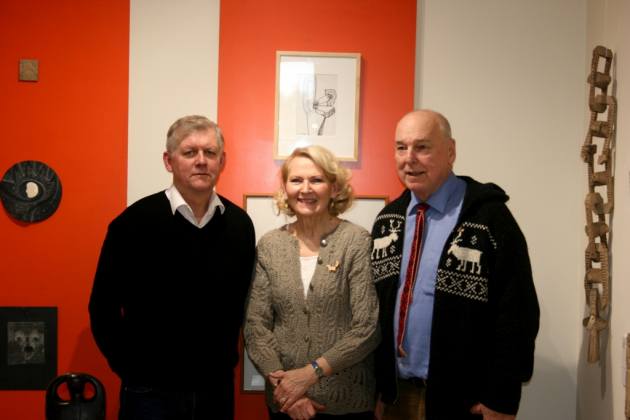 The exhibition at the Alanta Estate Gallery features works from the private collections of Karolina and Arūnas Paliulis, A. Mončys’ son Jean-Christophe, who lives in Paris, Eleonora and Vladas Žukas, as well as the funds of the Rokiškis Regional Museum and Antanas Mončys House-Museum in Palanga. 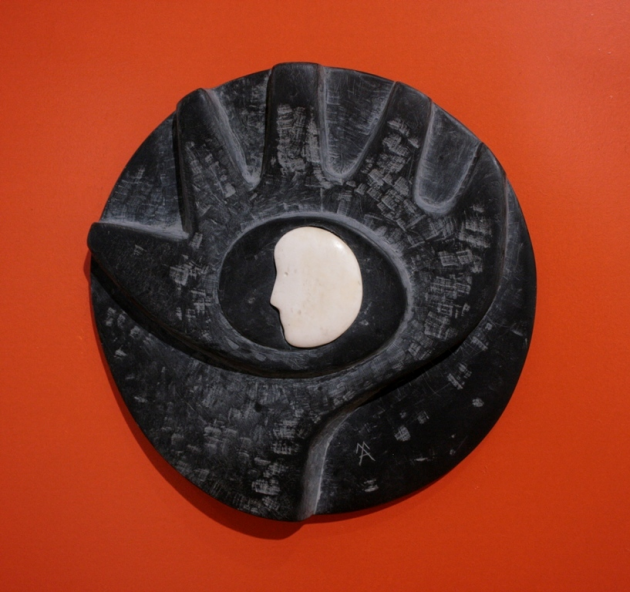 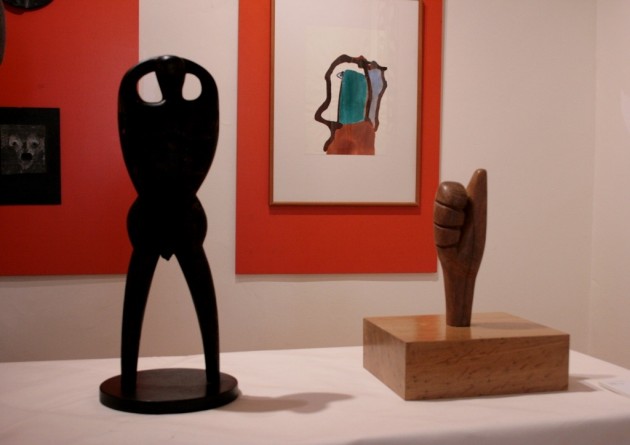 The exhibition Lionginas Šepka and Antanas Mončys – a Union between the Lithuanian Highlands and Lowlands at the Alanta Estate Gallery will be open until June 30, 2017.