David Holliday
aA
The St Francis Cancer Care Centre in Klaipėda has now been open for four years and has become well known throughout the country. The annual Run for Hope is now in its tenth year and attracts 10,000 participants. And now there are another twenty events organised to raise money for the Cancer Centre, where all the treatments and therapies to patients are given free of charge. It is not a hospital and no medical procedures are offered. But it does fulfil a vital need and has become a preferred place of care for those who use its services. Now it’s time to build a new hospice in Klaipėda. 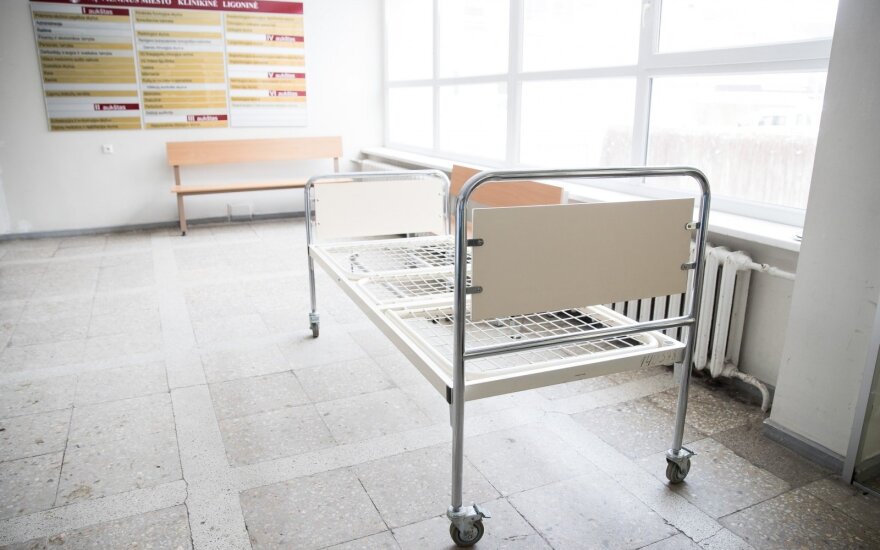 So, perhaps it is time to look more closely at the way we deal with cancer and other life threatening and terminal diseases and change the way that the terminally ill are treated in Lithuania. With this aim, a small group of five people, including two doctors, has been to Manchester to visit some hospices and talk to the people who run them.

In Western society, the concept of hospice and palliative care has been evolving in Europe since the 11th century. Then, and for centuries thereafter in Roman Catholic tradition, hospices were places of hospitality for the sick, wounded, or dying, as well as those for travellers and pilgrims. The modern concept of hospice includes palliative care for the incurably ill given in hospitals or nursing homes, but also providing care for those who would rather spend their last months and days of life in their own homes.

Palliative care is specialised medical care for people with a life-limiting illness. This type of care is focused on providing relief from the symptoms and stress of a serious illness. The goal is to improve quality of life for both the patient and the family.

Palliative care is provided by a specially trained team of doctors, nurses and other specialists who work together with a patient's other doctors to provide an extra layer of support. It is appropriate at any age and at any stage in a serious illness, and it can be provided along with curative treatment.

We are now living much longer than our predecessors. This present generation is living ten or even twenty years longer than our parents, but when death comes as it inevitably does, it is more likely to become a medical experience. Most deaths in developed countries follow years of uneven deterioration and occur in a hospital or care home and often after a barrage of desperate treatment. Many who die over the age of 65 will have spent time in intensive care during their last three months of life and 20% will have undergone surgery in their last month.

Cancer patients who die in hospital typically experience more pain and stress than those who die in a hospice or at home. Their families are more likely to argue with doctors and with each other, to suffer post-traumatic stress disorder, and to feel prolonged grief.

Most important of all is the fact this type of "medicalised" death in hospital is not what people want. Rather, their priority is to die in their own home, as pain free as possible, at peace with themselves and surrounded by their loved ones, for whom they are not a burden. But what people say they want may change as the end comes closer. This is why doctors are sceptical about the concept of a "living will" detailing their wishes on how and where they want to die. So, in Lithuania, the subject of dying and how long a patient has to live, is mostly not raised at all, even with the patient. In medical schools, students are given no guidance as to how to talk to terminally ill patients.

In the UK the situation is different and all medical students are taught how to deal with the subject of dying. Doctors, especially in hospices, do encourage patients to make a living will, in which the patient is encouraged to say where he would like to spend his remaining time, how much chemo therapy (if at all) and medical interventions which may prolong life and any special wishes they might have. But doctors also recognise that circumstances and the patient's wishes may change, so the subject can and should be revisited from time to time as the illness progresses or if the patient goes into remission. They argue that it is important to open the subject, not only with the patient, but with the relatives as well, so that all sides know what the patient wants. If the subject of death is not discussed, so many issues are left unresolved. How many times have you heard loved ones say, "If only I had known, I would have said this or done that so differently?"

Too often patients receive drastic treatment, often in spite of their dying wishes. They are as if on a conveyor belt where they are given no choice, because this is the way things are done. My father-in-law was in intensive care and unconscious for two weeks, with thick tubes stuck down his throat. Only after he died in the intensive care ward, we learned that he had suffered a heart attack and was resuscitated by the staff and lived for another week. When we asked why he was resuscitated the doctor said that they have no choice and must do everything to prolong life, because that was the ruling of the Minister. That is not right, neither is it sensible. But it does avoid litigation.

The right to die is just one part of better care at the end of life, even if few people who are terminally ill would wish to choose this option. To give people the death they say they want, the medical profession needs to reform and make changes. More palliative care is needed. It is a much-neglected branch of medicine, which deals with the relief of pain and stress and involves counselling for the terminally ill and their relatives and loved ones. Studies have shown that palliative care, provided at an early stage, not only reduces suffering, but also prolongs life. Most doctors enter the medical profession in order to delay death and not to talk about its inevitability. But talk they must. The "Seriously Ill Conversation Guide" by Atul Gawande is a short questionnaire designed to find out what terminally ill patients really know about their condition and to understand their wishes as the end draws near. This encourages more and earlier conversations and reduces stress and suffering.

These changes towards palliative care should be part of a radical change in the way our health care systems deal with serious illness. Much of the care for chronically ill patients needs to move out of hospitals altogether and in to specialist care homes and hospices. And this means that some of the health care funding needs to be diverted to social support. And it will be cheaper than hospital care as informed patients will be less likely to want costly and largely pointless medical procedures.

And one last thing before I go...

Most people feel a sense of dread and fear when they contemplate death. As death has been hidden away in hospitals and nursing homes, it has become less familiar and harder to talk about. But honest and open conversations with the dying should be as much a part of modern medicine as prescribing drugs. A better death means a better life, right until the very end.

The suicide rate in Lithuania is on a consistent decline, with a triple increase reported in the...

Over 0.5 mln Lithuanians screened for cancer in 2017 under preventive programs

Some 552,000 people in Lithuania were last year screened for cancer under state-financed prevention...

Cardiovascular diseases most frequent cause of death in Lithuania

Cardiovascular diseases, cancer tumors and external causes were the most frequent causes of death in...

What are the prime killers in Lithuania?

Last year, 41,776 people died in Lithuania, most of them from diseases, though a significant portion...