DELFI EN
aA
The international ties between Kaunas and the world intensified right after announcing the city would become the European Capital of Culture in 2022. No wonder it will be the year of numerous dream-come-true moments for art producers, directors and cultural operators – as well as the year of discovering Kaunas, the contemporary capital, for quality-seeking culture lovers from all over the continent and beyond. 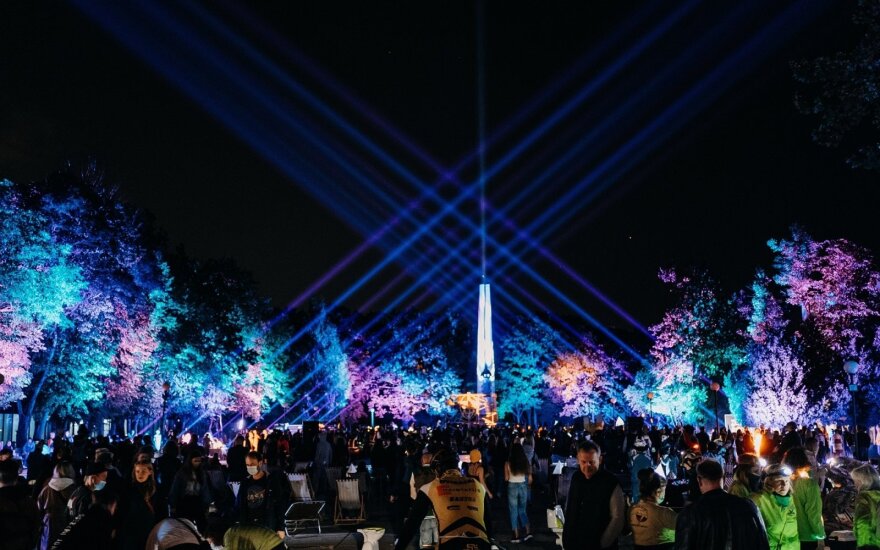 Even though the programme of Kaunas 2022 is prepared by thousands of local artists and residents and is firstly and foremostly dedicated to them, it’s the globally renowned names that create and emphasise the value of the ambitious long-running project.

For some of the world’s finest artists, the title of European Capital of Culture will become the reason to visit the homeland of their ancestors. The visits of others will become the final touch of years of collaborations and partnerships. One thing is for sure – everyone will want to be in Kaunas, the epicentre of European culture, in 2022. Everyone from the international theatre superstar Robert Wilson to the performance art prodigy Marina Abramović.

To Heal From What we do not Remember

By far, the best-known contemporary art name in the exhibition map of Kaunas 2022 is William Kentridge (b. 1955, SA), whose work will, for the first time in history, be shown in Kaunas, the place where the roots of his family are. The artist, an honest and painfully candid humanist whose exhibitions are demanded by the best galleries in the world, grew up in Johannesburg, a city full of contrasts between stunning nature and industrial landscape. His works are saturated with difficult topics, including human rights, racial and financial inequality, revolutions and inconvenient tête-à-têtes between upstanding ideas and shameful everyday life.

The curator of the exhibition That Which We Do Not Remember at the M. K. Čiurlionis National Museum is Virginija Vitkienė, head of Kaunas 2022. She recalls that back in 2016, when she first started inviting Kentridge to Kaunas, she knew well that he had a moral right to refuse to come to a country from which his grandfathers and great-grandfathers fled in the 19th century – and this helped them to avoid the tragic events of the WW2. ‘I hoped him agreeing to participate would help the much-needed process of reclaiming our memory and helping us to heal from what we do not remember,’ V. Vitkienė says, adding that the artist accepted the invitation with his signature energy. Together with his signature pieces, such as Refusal of Time, Drawing Lessons and Drawings for Projections, Kentridge created a series of bird drawings especially for Kaunas and an installation You Who Never Arrived in the auditorium of the museum. 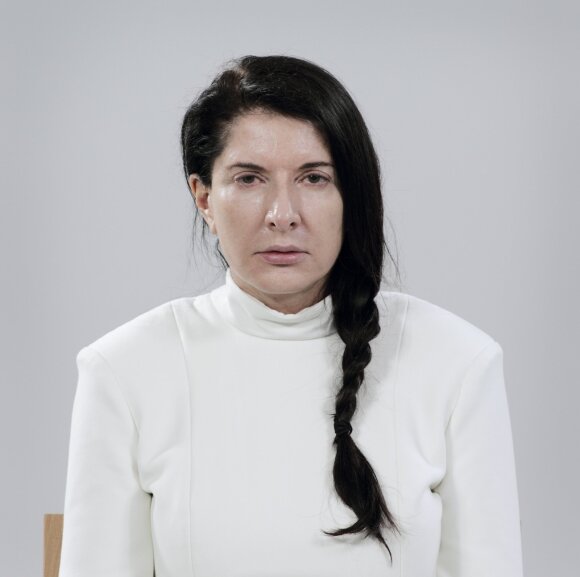 ‘I wish the spectators experience the exhibition as a conscious effort to remember as if it was the only honest way to live and coexist. I invite everyone to reflect both global and personal memory gaps with the artist,’ says the curator. The exhibition That Which We Do Not Remember will run from January 22 to November 30.

“National Kaunas Drama Theatre is one of the greatest partners of Kaunas 2022, carrying a huge load of our programme and organising truly impressive premieres with the most famous European and Lithuanian directors. This perfectly illustrates the fact that Kaunas is becoming one big European stage,” noted the head of Kaunas 2022 programme Ana Kočegarova–Maj at the end of the summer during the launch of the 102nd season of the theatre. She did not exaggerate, as the solid, long-matured creative collaborations with artists from Germany, Canada, Hungary, Norway, Luxembourg, the United States, Georgia, and Latvia will finally become eight impressive premieres digging into universal topics.

One of the most significant events in the history of Lithuania’s oldest theatre and one of the biggest mysteries so far is Dorian, a performance directed by the American theatre magician Robert Wilson. He has already cast two Lithuanian actors for what was supposed to be a solo performance. Dorian’s premiere will take place in Autumn 2022.

Yet another important name to finally create in Kaunas is Oskaras Koršunovas. The Vilnius-based director has showcased his talent worldwide, and, now, he is part of the team developing the main trilogy of the European Capital of Culture. In May, Koršunovas will present The Appearance of the Beast, a massive event creation synthesising various arts at Kaunas Santaka Park, which will later be transferred to the main stage of the National Kaunas Drama Theatre.

‘Finally’ was most definitely the first word spoken by the team of Meno Parkas gallery after finally securing the most ambitious event in its history, as well as the term used to illustrate the expression by the spectators of Kaunas 2022 program announcement.

2022 will present a unique opportunity to see Memory of Being, a solo exhibition by Marina Abramović, one of the world’s most renowned artists. This and the artist’s visit on April 1 will be one of the programme’s most significant events.

The exhibition is based on Abramović’s series The Cleaner, which began at the Moderna Museet in Stockholm in 2017. The show provides a detailed presentation of the essential stages of Marina's work since the 1960s. It will feature video documentations of her interviews and most famous works, as well as the artist’s best-known video installations.

This impressive project was made possible through the partnership of Meno Parkas with the Centre for Contemporary Art Znaki Czasu in Toruń, the Marina Abramović Institute, the Museum of Contemporary Art in Belgrade and the Moderna Museet in Stockholm.

It’s pretty symbolic that the art of Yoko Ono will be visiting Kaunas, the native city of her friend George Maciunas. The Learning Garden of Freedom is a retrospective exhibition of the nonconformist artist’s work and is the result of a collaboration between the artist’s Studio One in New York and the Kaunas Picture Gallery located not far from George Maciunas’ childhood home. In Autumn 2022, the exhibition will feature numerous works by Yoko Ono spanning different creative periods and practices: from conceptual art and experimental film to spatial installations, objects, word pieces, and performance art.

Also, the famous installation Exit It by Yoko Ono will be exhibited in the building of the Bank of Lithuania from January to September.

The title of Kaunas 2022 has proved to be a great tool to invite the globally renowned Lithuanian artists to come back to their homeland with exceptional performances.

Mirga Gražinytė-Tyla, often recognised as the best female conductor in the world and leader of the finest orchestras around the globe, is one of such names. On September 2, Gražinytė-Tyla will conduct the Lithuanian National Symphony Orchestra, the Kaunas State Choir, Katowice City Vocal Ensemble and Aidija Chamber Choir at the Pažaislis Monastery, considered a Baroque pearl. In addition to Maurice Ravel’s Piano Concerto in G major, the concert will culminate in a truly singular event: the world premiere performance of the Ninth Symphony by Mieczysław Weinberg, one of Poland’s most intriguing 20th-century composers.

On October 9, an exclusive concert by the Royal Philharmonic Orchestra (Great Britain) will be held at the historic Kaunas Sports Hall. Together with the Kaunas State Choir, the orchestra will perform Ludwig van Beethoven’s Choral Fantasy, Op. 80, the predecessor to the famous Ode to Joy, the anthem of the European Union, presenting audiences with the gift of joyful emotion.

There’s more! On October 30, Requiem, the Grammy-winning composition by one of the world’s most famous contemporary composers, Andrew Lloyd Webber, will be performed for the first time in Lithuania — of course, the event will be held at the region’s biggest Žalgirio arena.

The work will be presented by the Kaunas City Symphony Orchestra and an array of world-famous performers and soloists, including the Kaunas State Choir, the Dagilėlis Boys and the Youth Choir, soprano Lina Dambrauskaitė, tenor Edgaras Montvidas, and conducted by Constantine Orbelian.

Memory Office, one of the critical branches of the Kaunas 2022 programme, is focused on rediscovering the multicultural face of Kaunas. In 2022, it will reach its peak at the World Litvak Forum, where Litvaks scattered throughout the world to return, even if only briefly, to their ancestral land and gather together. Over several days, this event will feature a rich cultural programme and discussions with renowned artists, academics, and representatives of the artistic world.

The final touch of the forum will be the premiere of Kaunas Cantata, specially composed by Philip Miller (South Africa), an artist with roots in Lithuania. He collaborates with artist Jenny Kagan (Great Britain), whose parents once fell in love in the Kaunas Ghetto, and local musicians. The work is an inclusive musical experience, calling listeners to immerse themselves in the city’s past. Kagan will also present a solo exhibition in Kaunas, focusing on her family’s history.

It’s important to stress that each branch of Kaunas 2022 has its own superstars, some of whom are still on their way to international fame – and, what is even more significant is Kaunas and Kaunas District as one big European stage, will most definitely become their trampoline.

In 2022, culture will be inescapable. From cosy rendezvous under verdant trees to massive spine-tingling events, from installations to world-class performances, from theatrical tours to design workshops. Kaunas 2022 encompasses over 1000 events! More than 40 festivals, 60 exhibitions, 250 performing arts events (of which more than 50 are premieres), and over 250 concerts are planned to take place in 2022. All this is delivered by Kaunas 2022’s team of 500 people, alongside 80 local and 150 foreign partners. 141 cities in Lithuania and the world, 2,000 artists, 80 communities, and 1,000 great volunteers.