BNS
aA
Lithuania's National Opera and Ballet Theater has probably lost one million euros because of the quarantine, its director Jonas Sakalauskas estimates, adding, however, that there have been no job cuts. 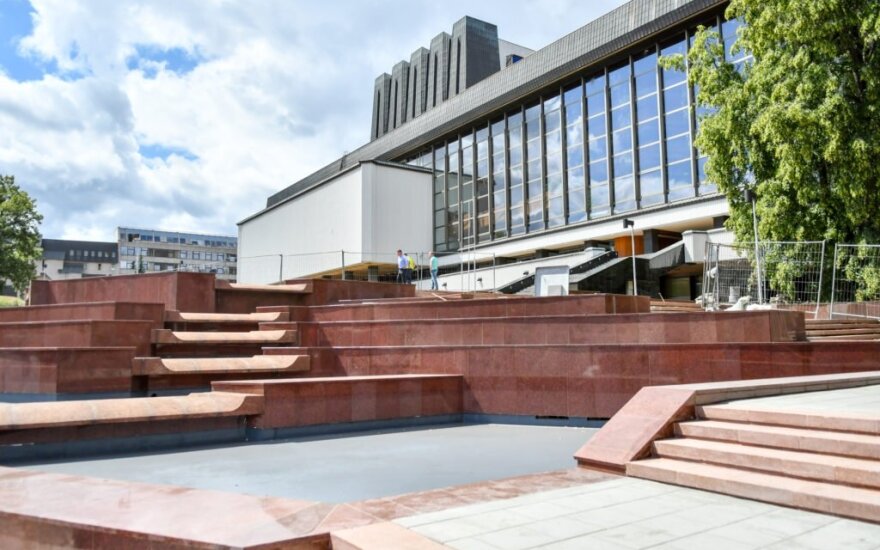 "Over this whole period, the theater has lost half a million specifically because of those cancelled events until the middle of June. In total, the sale of tickets for next year was also suspended during that period, so we estimate that, having summed up the traditional numbers of the past decade, that we have lost around one million euros," Sakalauskas told journalists on Monday, adding that he expects assistance from the government and the Culture Ministry.

"It will be that hole that will open up at the end of this year already, in November, December, and will it make our work harder. But we hope to resolve that in cooperation with the Culture Ministry and the government for that deficit to be resolved and we would continue our work," he said.

Related articles
Kindergartens, restaurants and gyms reopen
Research: what life at home looks like during quarantine  (1)

Some end-of the-year events have already been sold out, Sakalauskas said, hoping that all people who have bought tickets would be able to attend the events.

There have been no job cuts during the quarantine time, the director said. "No, there have been no layoffs“, he said, adding, however, that some people left the theater after their temporary contracts or trial periods expires.

Lithuania was placed under quarantine on March 16 to contain the spread of the coronavirus, and all concerts, performances and other cultural events were cancelled. But as the Lithuanian government is easing lockdown conditions gradually, it is considering allowing events with audiences as of June and the number of allowed people would be gradually increased.

Lithuania is further lifting restrictions on Monday as children are returning to kindergartens,...

Research: what life at home looks like during quarantine (1)

The ongoing quarantine have closed Lithuanians at home for almost the longest time so far. IKEA...

People returning to Lithuania will continue to be subject to a mandatory 14-day self-isolation at home...

Lithuania's government is initiating a thank campaign „Thank You, Lithuania" and plans organizing...

Pandemic emptied cinemas: will they survive?

In an attempt to evaluate the long-term effects of Covid-19 on cinema operators, the law firm...

Veryga: there is ‘very very big chance’ that quarantine will end in middle of June

Lithuanian Health minister Aurelijus Veryga announced that there is a ‘very very big chance’ that...