Fiat Tipo Pope Francis used in Lithuania given to nuns

Tik Delfi plius nariams Prisijungti
BNS
aA
The Fiat Tipo Pope Francis used during his recent visit to Lithuania has been given to the Congregation of Missionaries of God's Love Sisters. 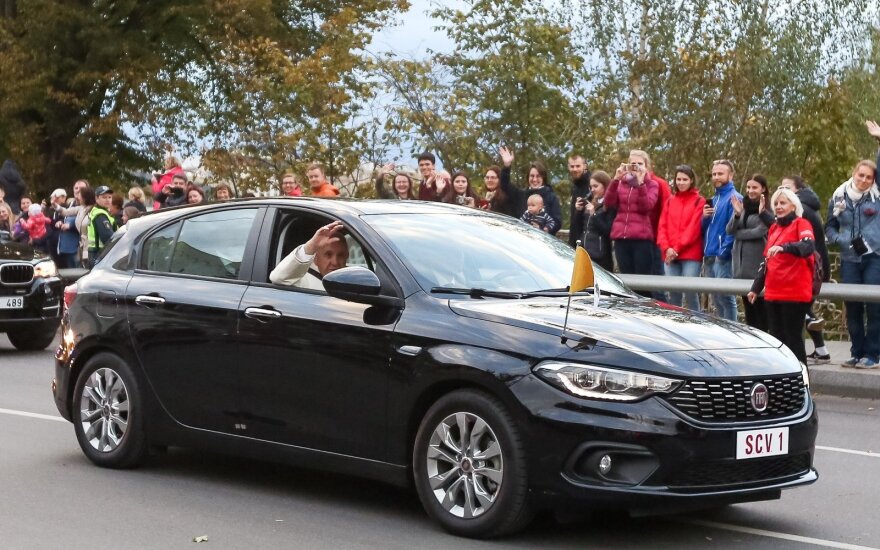 According to Fiat's official distributor in Lithuania, Autobrava, the nuns received one of the six vehicles used by the pontiff in the Baltic states, with the remaining five due to be sold.

Vehicles used by the pope are usually given to charity or auctioned off.

Sister Marija of the m

Lithuanian President Dalia Grybauskaitė has received a thank you letter from Pope Francis for the...

Lithuanian Prime Minister Saulius Skvernelis has denounced as "scoundrels" people who were outraged...