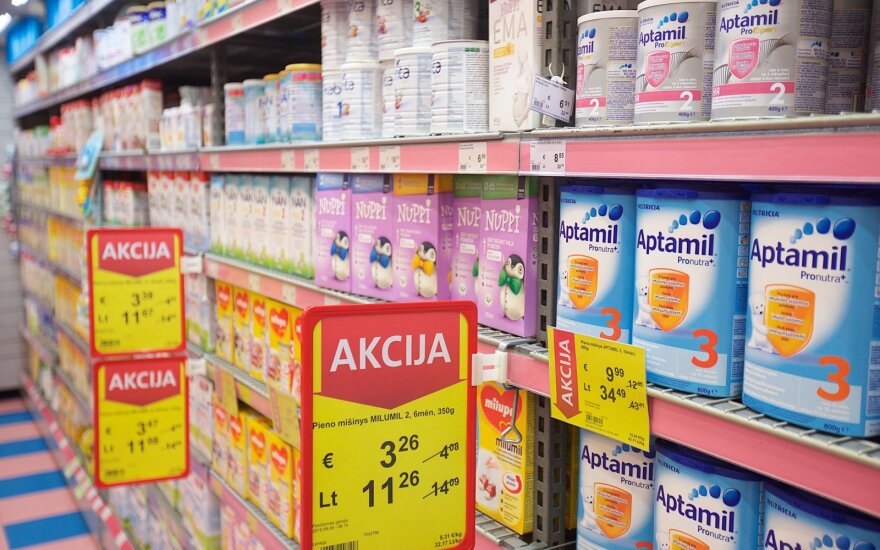 "The survey showed that 84 percent of the tax would be transferred to the end prices, meaning that we all, consumers, will pay it. (…) The effect on prices will be fairly significant, and that's one of the key results of our survey. It will also negatively affect the whole economy," Titas Budreika, an analyst from ESTEP, an analytical and consultancy company, told a press conference on Thursday.

"That will happen in the short term. In the long term, all economists agree that the new tax will 100 percent be transferred to end consumers and that, obviously, will have certain affect on prices," he added.

According to Budreika, the survey involved 10 competent macroeconomics and public finances experts from commercial banks, the central Bank of Lithuania and the Finance Ministry, and also scientists.

The authors of the survey conclude that prices would grow 13 percent if the new tax was introduced.

"If this law is adopted, the real GDP growth will slow. And the total real GDP will shrink by 140 million euros over the next three years. (…) The state will become poorer because of this tax," Budreika said.

He also added that such a tax could encourage people to shop in neighboring countries.

Budreika underlined that around 90 companies would pay the new retail tax, not 30 as the initiators say, and the total revenue from it would stand at around 81 million euros per year.

The ruling Lithuanian Farmers and Greens Union suggests that retailers with a monthly turnover exceeding 2 million euros pay such a tax.

The party wants the new tax to be introduced next year already but it’s still unclear if it would be done in January or July. Those behind the tax say the state budget would receive around 32 million euros in additional revenue every year.

The Lithuanian parliamentary Committee on Budget and Finance has backed the proposal to increase the...

Bank of Lithuania projections for next year unchanged

With global economic growth continuing to weaken, the pace of economic development in Lithuania will...