BNS
aA
A rail journey from Vilnius to Tallinn will take four hours when Rail Baltica the European standard-gauge railway is completed in five years, linking Helsinki to Warsaw, a Lithuanian official said on Wednesday. 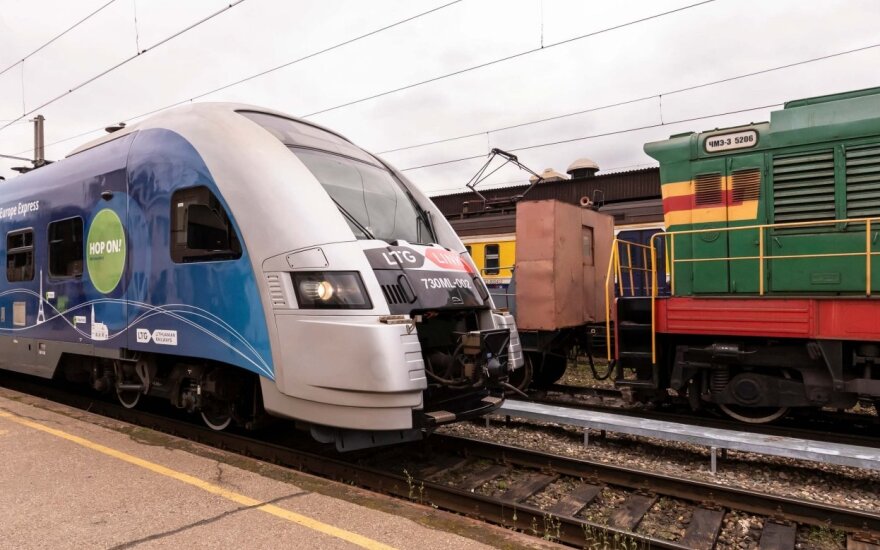 "I do believe that [...] once Rail Baltica has been built, we'll be able to reach Tallinn from Vilnius in less than four hours," Deputy Transport Minister Loreta Maskalioviene told reporters in Kaunas.

She was speaking after two trains, one from Lisbon and the other from Tallinn, met at Kaunas Railway Station on Wednesday to mark the integration of European and Baltic railways following the completion of Rail Baltica.

The European Commission's Connecting Europe Express train arrived in Kaunas from Lisbon via Warsaw. The special Baltic express train came to Lithuania's second-biggest city after a ten-hour trip from Tallinn via Riga and Vilnius.

Lithuania's ambition remains to complete Rail Baltica in 2026 and to connect it to the Polish line in 2027, according to the vice-minister.

Regular services from Warsaw to Vilnius are expected to be launched as early as next year.

Mantas Bartuska, CEO of Lietuvos Gelezinkeliai (Lithuanian Railways, LTG), said high public expectations for a common Baltic train encourage officials to look for solutions to launch it before Rail Baltica is completed. He gave no exact dates, however.

Belarus fertilizer shipments via Lithuania to stop in December

CEO: Lithuanian Railways can lose around EUR 19 mln annually due to sanctions (1)