(1)
BNS
aA
Lithuania's coronavirus situation is under control and its infection rate and economic indicators are better than in most other European countries, an advisor to President Gitanas Nauseda said on Tuesday. 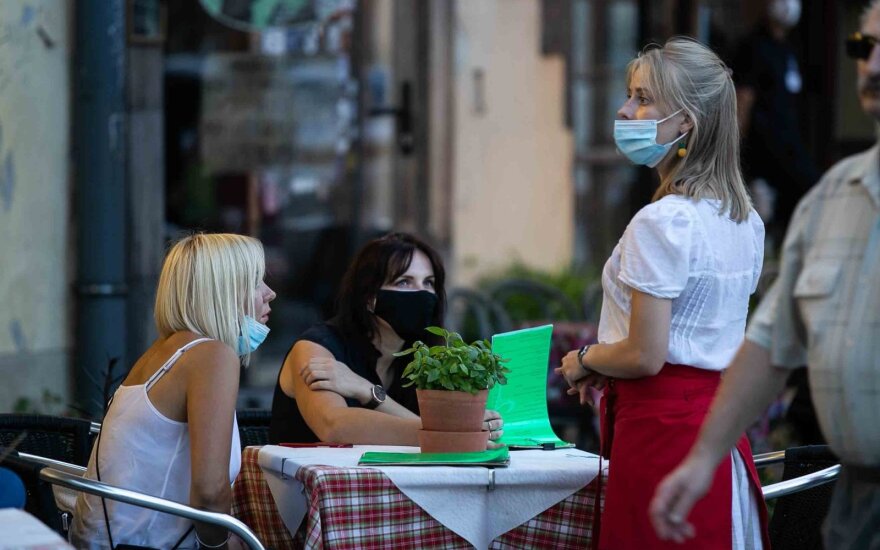 "The situation is under control and we among the better performers both in terms of (infection) numbers and in terms of economic development," Simonas Krepsta told the Ziniu Radijas radio station.

"However, we must not rest on our laurels, because every day is bringing challenges, and we have to respond in a flexible way," he added.

The release of quarantine restrictions was likely to lead to a rise in infections, a tendency that is also observed in most other European states, including Germany, Estonia and some Scandinavian countries, according to the advisor.

The healthcare system is not overwhelmed, at least for now, Krepsta said.

"The growth in the number of infections is slower than it was in the spring. We have fewer hospitalized patients and deaths, and we have no outbreaks in the health system. We have a more controlled spread of the virus in society," he said.

In managing the situation, Lithuania will have to constantly seek a "delicate balance" between healthcare and economic concerns, the advisor noted.

On Monday, the Finance Ministry improved its 2020 GDP contraction forecast to 1.5 percent, one of the lowest rates in the EU.

Krepsta said the better-than-projected economic performance was due to several factors, such as the structure of the economy, the flexibility of society and businesses, and state support for businesses.

The state budget will remain in deficit next year, but it must move toward financial sustainability in the long run, he said.

On Sunday 51 new COVID-19 cases were recorded in Lithuania . Overall, 3386 coronavirus cases have...

Lithuania's State Defense Council will decide on the country's participation in the creation of a...

Study finds up to 3 percent of Lithuanians have had coronavirus

Between 1.3 percent and 2.8 percent of people in six Lithuanian municipalities have had the...

On Tuesday, 45 new COVID-19 cases were recorded in Lithuania. Overall, 3442 coronavirus cases have...

On Thursday 61 new COVID-19 cases were detected in Lithuania . It adds to 3565 confirmed coronavirus...