Populism and antitrust: A case for expert engagement

Justinas Šuliokas
aA
While populism has come to be regarded as a catch-all culprit for many of the ills befalling Europe and the world today, how does it overlap with the domain of competition law? This was the question addressed by Šarūnas Keserauskas, the Chairman of the Competition Council of Lithuania, during the European Business Network’s (EBN) recent event hosted at Holiday Inn hotel in Vilnius. 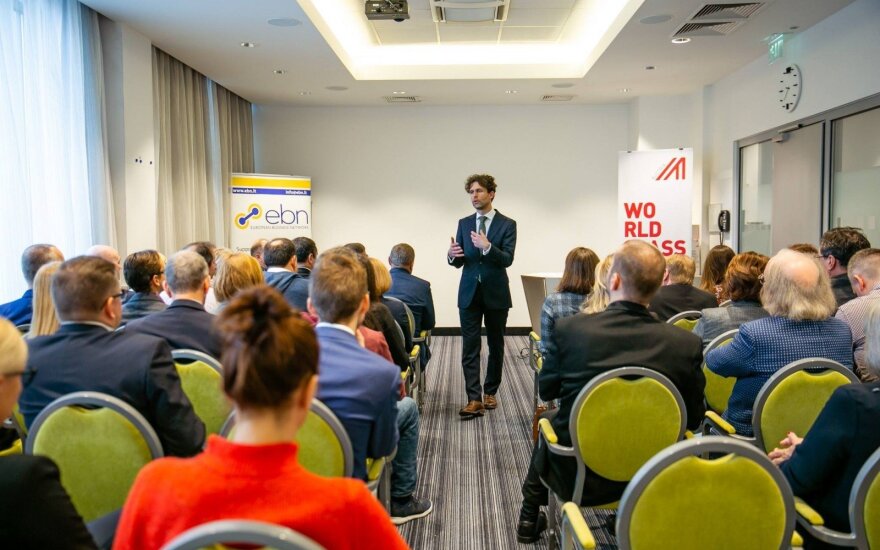 The overlap is not insignificant. In fact, Mr. Keserauskas explains, antitrust legislation owes its origins to the populist agenda. The Sherman Act, passed in 1890 in the United States and widely considered to be the first piece of antitrust legislation, was resisted by expert economist, but embraced by politicians who felt they needed to "appease the masses" and respond to the public's unease about excessive market power exercised at the time by behemoth corporations like Standard Oil.

Initially, competition laws were geared towards "fairness" and protecting small businesses, without much heed to actual effects for the economy and the consumer. It wasn't until the 1970s and 1980s that, under the influence of Chicago school economists, that focus shifted towards outcomes. Antitrust came to be seen as a means of ensuring low prices, consumer satisfaction and market efficiency. In other words, a domain for experts rather than politicians.

The recent surge of populist rhetoric brought back "fairness" and "protecting the little guy" into spotlight and, for the first time in decades, antitrust into political campaigning. US President Donald Trump has railed against international corporations and challenged a merger between AT&T and Time Warner (which may or may not be motivated by Trump's feud with CNN owned by the latter), while Lithuania's own government has also upped its rhetoric about "unduly" high concentration in the retail market.

"Here you see an overlap between populism and antitrust. You cannot separate the two," says Mr. Keserauskas, noting increasing political pressure felt by specialist institutions like his. "Many of my colleagues in enforcement authorities in Europe have been somewhat surprised by the rise of populism, by having to deal with it in their jurisdictions. My response has been: Look, in Lithuania, we had these problems from the very start."

Antitrust legislation in Lithuania started in the early 1990s as an attempt at price control and, later in the decade, politicians waged a battle to secure political control over the competition authority. Eventually, however, the Competition Council of Lithuania emerged as an independent body responsible to the Seimas, Lithuania's parliament, relatively shielded from political pressure.

This does not mean, however, that politicians do not try to influence its operations. The government's public ire towards big supermarket chains is one case in point and Mr. Keserauskas quotes another curious instance when the Competition Council looked into a suspected cartel in the beer market. Brewers had agreed to stop producing strong beer, partly in response to the government's drive against alcohol consumption, and prompted an investigation by the competition authority. "Are you crazy?" politicians were saying. "You shouldn't prosecute beer makers for being socially responsible.". However, as long as strong beer is not outlawed, an agreement to restrict production is cartel by definition, the Competition Council ruled (even though it did not impose any fine, for reasons unrelated to political pressure).

"How should competition authorities deal with the populist agenda? The first mistake that we sometimes make is that when we encounter such rhetoric, we dismiss it as populist and ignorant and say: 'It doesn't matter, we'll do what we always do.' That's wrong. You don't win an argument by labelling something populist.

"Our duty as an expert authority is to warn politicians about [the consequences of their attempted action in] our sphere of expertise: Look, this is risky because of these reasons," Mr. Keserauskas says.

Another mistake experts make, he believes, is removing themselves from the debate altogether. "It is simple to say that competition authorities are not political parties and if you ask us to choose what is better, low price or protection of suppliers, it's not for us to make these choices; we are not designed for it, thank you very much." This way, he says, experts are choosing to be right rather than be effective.

"There's a third way of responding to populist agendas: by engaging politicians and other people who make [populist] statements. Trying to direct them towards better outcomes," according to Mr. Keserauskas.

One thing expert authorities must not do is try to match the fervour of political rhetoric – "because we are going to lose." In the end, Mr. Keserauskas notes, "Politicians are representatives of the people and if they make certain political choices, knowing the risks – well, that's what they're entitled to, for better or for worse".

The EBN business breakfast is a monthly event open to members of the European Business Network as well as the public. For more information about EBN events, visit www.ebn.lt

Fake news and resilience to Russian disinformation: NATO deterrence and stability in the Baltic region

The Russian efforts to undermine stability in Europe has been in the news throughout the Western...

Sullen mood in the “bottoms” camp: who could win the presidential elections?

The Necessity of Sharing: How the Western establishment could save liberal democracy (and itself)

After visiting China , the impression arises that they are awaiting something. After speaking up...

After two Latvian companies claimed tens of millions of euros in damages from Lietuvos Geležinkeliai...