DELFI EN
aA
On the last day of 2019 the number of passengers travelling via Vilnius Airport exceeded 5 million. This number signifies the biggest flow of passengers in the history of the airport, serviced by the airport per one year. 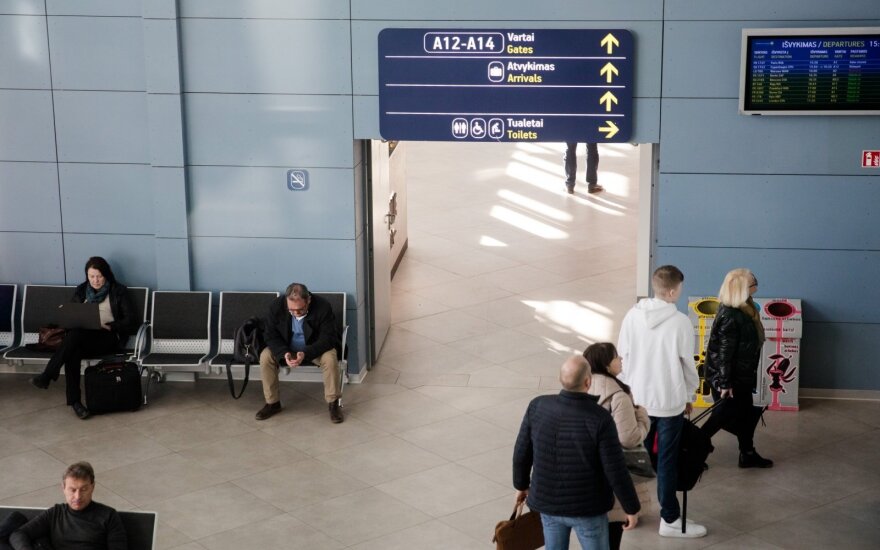 “We are very more than happy to end the year having reached the result, which is of high significance for us and enables us to plan the new scopes of the activity further”, stated Dainius Čiuplys, the Director of Vilnius Airport.

It was also claimed that even though the flows of passengers past summer did not grow as much as it has been expected, a relevant growth was witnessed in autumn, i.e. significantly more passengers were serviced in October and November, the numbers were higher by 4.6 and 7.1 percent respectively in comparison to the same period last year.

“During the last quarter of 2019 the flows of the passengers were increased by the commenced flights to Eilat and, of course, by the travels before the holiday season”, as it was commented by D. Čiuplys.

An even higher flow of passengers is expected in 2020: 7 new destinations from Vilnius Airport will be commenced next spring: “Wizz Air” will fly to Zaporizhia and Yerevan, “airBaltic” will fly to Hamburg, Zurich, Gothenburg, Dubrovnik and Rijeka.

In order to properly service the growing flows of passengers, the airport is currently undergoing an expansion: contraction works for a new departure terminal are scheduled for the next year, during the first half of 2020 a new VIP terminal with a conference centre will be opened. Reconstructions of the infrastructure necessary for the aircraft are planned simultaneously.

Vilnius Airport will choose who will build new departures terminal

Vilnius Airport , a part of the Lithuanian Airport Network , on Monday announced a public...

The first half of 2019 has once again been a record high yet again. All aviation indicators, compared...