BNS
aA
The Electoral Action of Poles in Lithuania–Christian Families Alliance (EAPL-CFA) said on Tuesday it proposes MP Jaroslav Narkevic for the post of transport and communications minister and MP Rita Tamasuniene for interior minister. 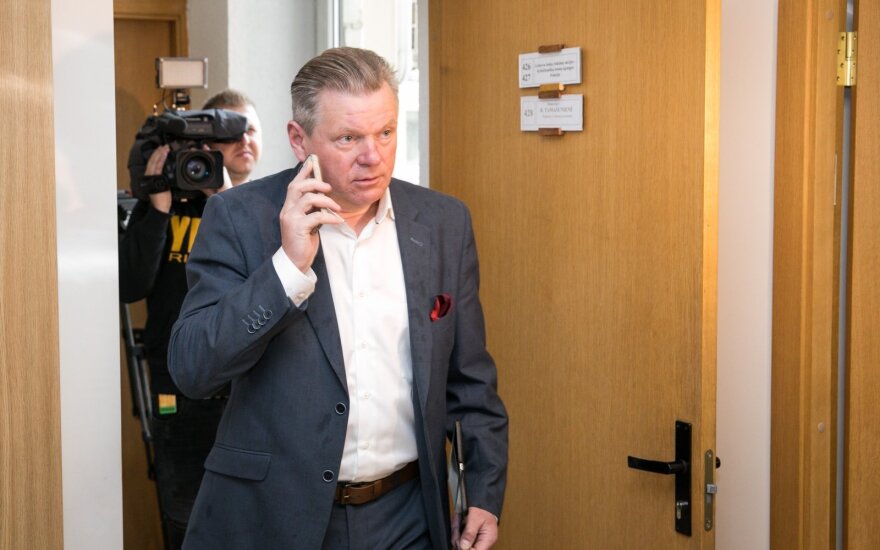 The EAPL-CFA received the two Cabinet portfolios in line with a coalition agreement signed with the Lithuanian Farmers and Greens Union, the Social Democratic Labor Party and the Order and Justice party in early July.

Tomas Berzinskas, spokesman for Lithuanian Prime Minister Saulius Skvernelis, told BNS Lithuania the premier would not comment on these candidates until he submits the whole Cabinet to the president, which, he has said, will happen on Wednesday.

"Tomorrow, the prime minister will submit the Cabinet list to the president and then he will reveal the names and comment on his motives," Berzinskas said.

Under the new coalition agreement, the ruling parties have also agreed to replace Agriculture Minister Giedrius Surplys, and the SDLP has already proposed MP Andrius Palionis for the position.

It remains to be seen whether all ministers will be replaced at once as the government would have to face a parliamentary confidence vote if more than half of the Cabinet changed.