BNS
aA
As the United States introduced sanctions in August for Belaruskali, one of the world's largest producers of fertilizers, which has been exporting via Lithuania's port of Klaipeda for more than a decade, it still remains unclear what will happen after December 8 as this is the deadline given to businesses to get ready and wind down transactions. 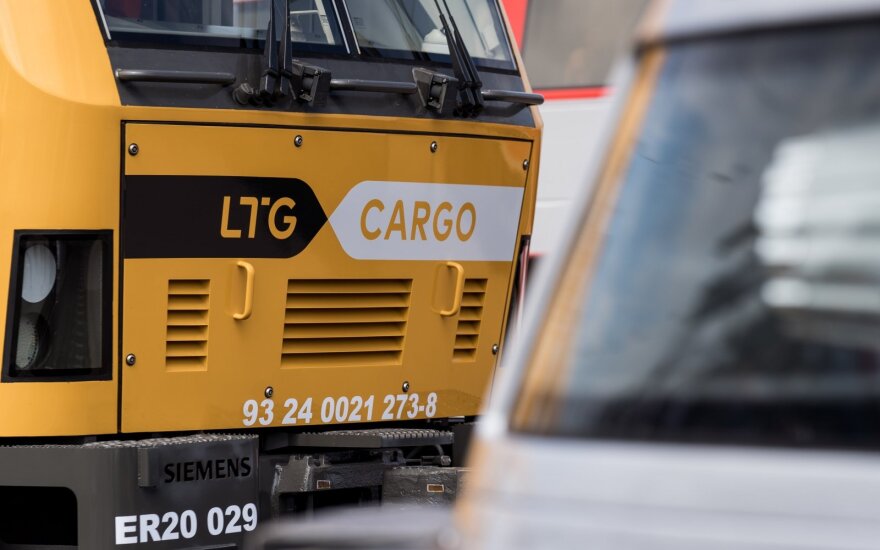 Experts surveyed by BNS almost unanimously agree that none of the banks operating in Lithuania, even those having no direct connection with the United States, will finance deals with Belaruskali as they will not want to risk their reputation.

Sources say, however, a small bank or a fintech company might take the risk of funding deals with Belaruskali. It could also be a foreign bank without operations in Lithuania.

Sources have told BNS that Lithuanian Transport Minister Marius Skuodis met with representatives of the US Department of the Treasury during his visit to the United States in early October and discussed sanction application issues. That was the key goal of the minister's US visit.

The minister has refrained to comment on this meeting but says a lot of uncertainty still remains regarding the US sanctions, differently from the European ones, adding that countries need to assess risks themselves.

"The European sanctions are fairly clear, but many discussions are still ongoing regarding the US sanctions. Moreover, everything might change in one day, and the US and the EU might introduce new sanctions if nothing changes in our neighbourhood (in Belarus – BNS)," Skuodis told BNS.

Lietuvos Gelezinkeliai (Lithuanian Railways, LG), the country's state-owned railway company, is set to lose around a quarter of its cargo traffic, once the flow of Belaruskali products stops.

Its CEO Mantas Bartuska says that, formally, the Office of Foreign Assets Control's sanctions do not apply to Lithuanian businesses, and LG was told that specifically by OFAC officers.

"During the conversation, we were assured and explained that in the current scope, if the chain does not involve US entities, so the sanctions do not apply (to Lithuanian businesses – BNS," Bartuska told BNS.

Moreover, he added, Belaruskali pays LG in euros, not US dollars.

Sources say a lot of things will also depend on Yara, a Norwegian company that is one of the largest buyers of Belaruskali fertilizers, buying around 2 million tons a year. It leans towards continuing buying Belarusian fertilizers that transit via Lithuania and its port of Klaipeda.

Yara has refrained to comment officially but sources have told BNS the company is still assessing risks and has not made its final decision.

Some experts and well-informed people say Belarusian fertilizers are likely to continue moving via Lithuania for some time after December 8 but their transit will stop next year.

"It might be so that it will not be December 8. Some deals might already be done and advance payments might be done, and that time buffer might be longer," Algis Latakas, CEO of the port of Klaipeda authority, told BNS.

"Nothing will stop moving on December 8 yet," one source told BNS on condition of anonymity.

Latakas is convinced that the inflow of Belaruskali fertilizers to Klaipeda will stop next year.

Minister Skuodis says several scenarios on the impact of sanctions on the state budget and businesses are now being analyzed, adding, however, that their specific impact could only be visible after December 8 or later.

"Macroeconomically, the impact on Lithuania's economy will be small, minimal. Three companies, including LG, the port of Klaipeda and Biriu Kroviniu Terminalas (Bulk Cargo Terminal, BKT) will be hit the most. Possible impact on LTG Infra is also in my focus," Skuodis told BNS.

In his words, LG's new strategy is already based on operations without Belarusian fertilizers. "That's the base scenario," he said.

LG CEO Bartuska says that once the fertilizer transit stops, LG is estimated to lose around 60 million euros in revenue. Therefore, the company will have to review its services tariffs, he added.

Bartuska agrees that a lot of uncertainty remains as the flow of Belaruskali cargo will depend on, first of all, banks and other factors, therefore, only time will show what will happen in reality.

"We are speaking with Lithuanian banks and also banks outside Lithuania and we are now evaluating the situation," Bartuska told BNS.

Asked whether LG is in contact with Yara or other buyers of Belaruskali, Bartuska said that his company, first of all, was looking for its own solutions.

LG signed the existing contract with Belaruskali in the spring of 2018 and it is valid until the end of 2023. But the Lithuanian company refrains from commenting on its specific provisions.

Belaruskali fertilizers account for around four-fifths of all rail freight in Lithuania. LTG Cargo carried around 53 million tons of cargo last year (24 million tons in the first half of this year) and received 397 million euros in revenue (177 million euros).

BKT, a Klaipeda-based stevedoring company owned by Igor Udovickij and Belaruskali and handling some 11 million tons of Belaruskali fertilizers annually, commented on the potential impact of US sanctions before but now refrains from any comment.

Latakas, the CEO of the port of Klaipeda, which is set to lose around 20 million euros in annual revenue once fertilizer export stops, says prior EU and US sanctions for Belarus led to a drop of 11 percent in cargo volumes in the first nine months of this year, pointing out, however, that the flow of Belaruskali fertilizer, quite contrary, rose 4 percent.

"Belaruskali fertilizers moved steadily with a small growth rate. And BKT was under development since Belaruskali has been increasing its production capacity every year, and if everything remains normal, those volumes would grow every year," Latakas said.

Belaruskali bought a 30 percent stake in BKT in 2013. Up until then, the Belarusian company was BKT's biggest client as its products accounted for 85-95 percent of BKT's total handling volumes.

BKT executives told BNS earlier they planned to increase the terminal's annual capacity from 12 million tons to 16 million tons in 2024-2025.

Latakas points out that Klaipeda no longer includes Belaruskali cargo into its 2022 plans, meaning that its handling volumes are estimated to drop around 30 percent.

"It's a huge loss. And nothing will plug that hole quickly. Those volumes have been growing since around 2010 or even before that, by around 1 million tons a year. So we can understand how many years we might need to grow to cover for it. We have huge expectations for containers, agricultural and ro-ro cargo," Latakas said.

Under the OFAC order of August 9, any transactions with Belaruskali or any other company with Belaruskali's direct or indirect ownership of 50 percent or more, need to be wound down by 7 p.m. Lithuanian time on December 8.

Belarus fertilizer shipments via Lithuania to stop in December

An X-ray machine at Lithuania's Kena border crossing point would be the best solution in an effort to...

Exports of Belarusian fertilizers via Lithuania might be completely stopped once sanctions against...

The transit of Belarusian potash fertilizers via Lithuania cannot be suspended as that would run...

Lithuanian Transport Minister Marius Skuodis, who on Thursday accepted responsibility for the...

Lithuanian Transport and Communications Minister Marius Skuodis says he has handed in his resignation...