BNS
aA
The head of the Lithuanian Industrialists' Confederation hopes that relations between businesses and the president will improve after economist Gitanas Nauseda was elected to the top job. 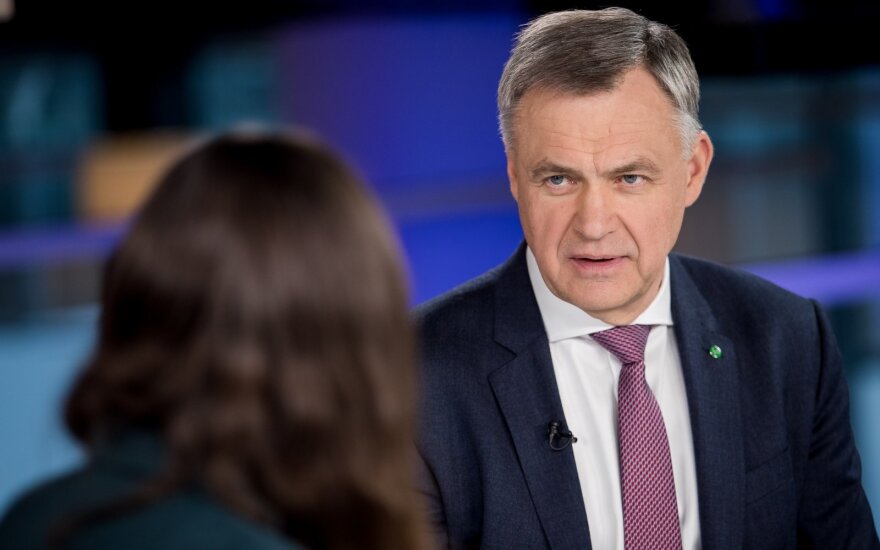 Robertas Dargis expects that the new president will hear his opponents and consult them and will not put his interests above the interests of other strata of society.

"It's no secret that businesses have not been very welcome guests at the Presidential Palace in the past years. What we heard were different epithets that weren't very pleasant and joyful for businesses," he told BNS.

Dargis expects Nauseda, who "came from a system that is part of business," to have a better understanding and attitude towards businesses.

"Knowing what effective public sector cooperation with the private sector means will likely allow the state to have different results," he said.

Related articles
Noise regarding Scandinavian banks. Are there really too many in Lithuania?
Investor confidence in the Lithuanian economy reaches a three-year low

Ruta Skyriene, executive director at the Investors' Forum, an association of foreign investors in Lithuania, does not think that Nauseda's career in a commercial bank could become a hindrance in future discussions about a better regulation of businesses, including banks.

She expects that the media and politicians will understand this and will not accuse the new president of being biased.

"Many people say now that he allegedly represents banks and will continue to represent them. I can assure you that he won't. He wasn't the owner of a bank; he was an analyst (with a bank) and an advisor to the (bank's) president. So, I don't think his career in the bank is an obstacle," she said.

Mantas Zalatorius, head of the Association of Lithuanian Banks, expects, among other things, that the president-elect will take an active part in discussions on next year's budget bill.

"I think work with the budget will be very interesting; the parliament's Committee on Budget and Finance (...) will also play an important role here. What I really expect is that no proposals on the budget bill will be blindly endorsed, but all of them will be seriously discussed and the country's new leader will be an active participant of that discussion," he said.

Nauseda, a former advisor to the president of SEB Lithuania, one of the country's leading banks, was elected president in Sunday's runoff against Ingrida Simonyte, a former finance minister and now a member of the Seimas.

Noise regarding Scandinavian banks. Are there really too many in Lithuania?

Almost fifty Lithuanian and foreign capital banks have worked in Lithuania since 1989. There have been...

Investor confidence in the Lithuanian economy reaches a three-year low

The trust of foreign capital companies operating in Lithuania in the country’s business prospects...

A new specialized bank “ European Merchant Bank ” will start its operations in Lithuania...

Lithuania's Prosecutor General's Office will not defend the public interest regarding alleged...

Elite poll ranks Dargis as most influential person in business