BNS
aA
Lithuanian Finance Minister Vilius Sapoka expects that a compromise will be reached on the state's 2020 budget as the bill comes up for a second debate in the parliament on Tuesday. 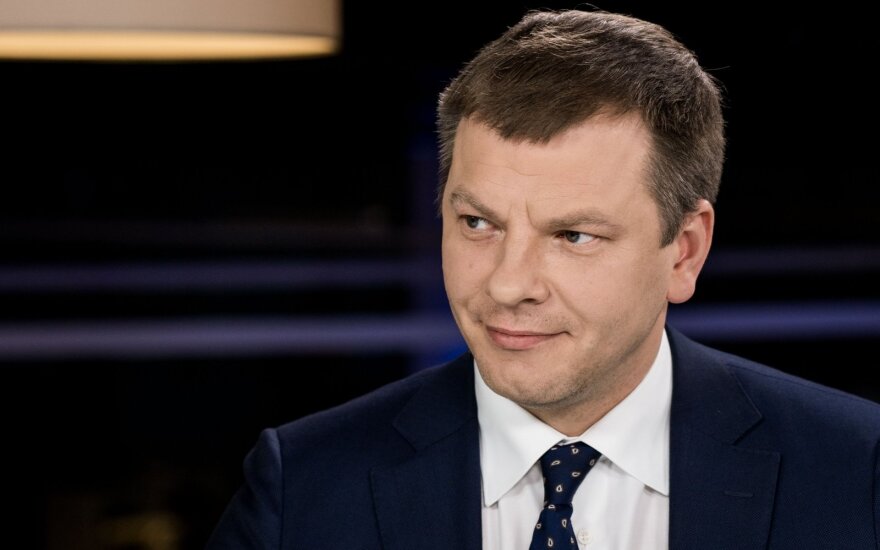 "Despite these various discussions and diverging views at the (Seimas) committees, I believe we will find a common denominator and both the Seimas and the president will agree with the government's view," Sapoka told the Ziniu Radijas radio station on Tuesday morning.

"Since all three major authorities have taken an active role in the formation of this budget, (...) we will certainly find those compromises," he added.

According to the minister, budget discussions are "perhaps more sensitive" ahead of next year's parliamentary election.

"Compared with previous years, many things are very similar. We received a lot of proposals from MPs for an additional 1.8 billion euros," Sapoka said.

"What is new is that the president's office has been very active in submitting proposals both on the spending and revenue sides," he said.

The share of GDP redistributed through the public budget is on the rise in Lithuania, according to the minister.

"This leap is a big one, and I don't think any other EU country could boast of such a rapid increase in redistribution," he added.

The budget bill was sent back to the government for improvement after the first debate in late November and now returns to the parliament which should take a final vote on the budget bill either on December 12 or 17.

Finance Minister: we are open to Chinese fintech companies

Lithuania hopes for further growth of the fintech sector and is open to investors from all...

Government considers 2020 budget with revenue and expenditure going up

The revenue and expenditure of Lithuania's 2020 state budget , including EU and other international...