Businessman Stonys hopes to be cleared of VAT fraud suspicions

...
BNS
aA
Lithuanian businessman Rimandas Stonys who is suspected of large-scale VAT fraud has dismissed the investigation conducted by law enforcement services as a “misunderstanding” and claimed that diesel fuel and oil purchase and sale transactions targeted by law enforcement officers were legal. 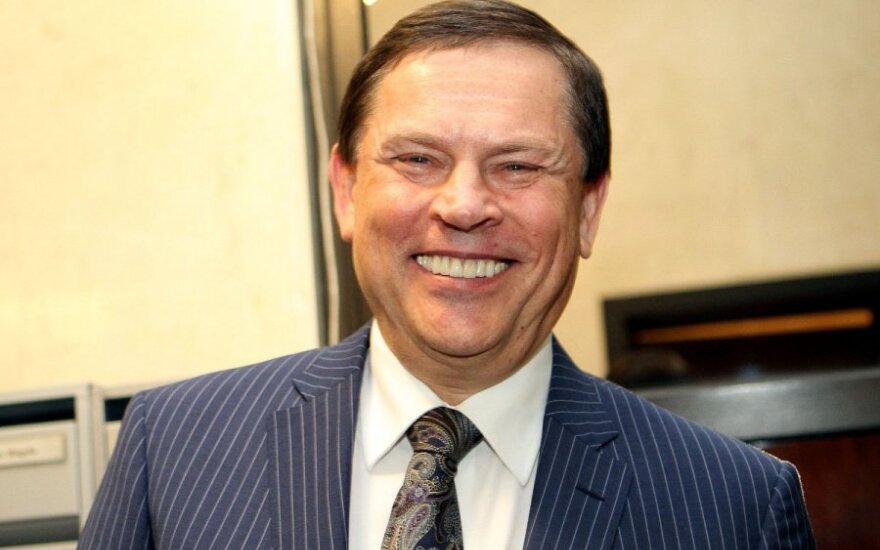 “In my view, the investigation conducted by law enforcement services is a misunderstanding. I believe that officers will do what needs to be done in such cases, will clarify all circumstances that are relevant for the probe and will clear both me and the employees of Kauno Termofikacijos Elektrine [Kaunas Combined Heat and Power Plant, or KTE] of all suspicions,” the owner of KTE said in written comments sent to BNS.

He emphasized that he was not directly involved in KTE operations and was not aware of all aspects of transactions. However, when confronted by suspicions brought by the Financial Crime Investigation Service (FCIS), he looked into the company’s trade of diesel fuel and oil, given that the investigators reportedly centered their suspicions on those particular transactions.

“Even though I know that the investigation concerns these particular transactions, I do not see anything illegal or suspicious there. Kauno Termofikacine Elektrine purchases diesel fuel from a Latvian company and sells it to fuel retailers. Fuel purchases and sales are actual and real, fuel is supplied via excise warehouses with particularly stringent fuel accounting,” Stonys claimed.

In each and every case, fuel was delivered to final purchasers, payments were executed via banks, the amounts paid and received were declared and all taxes were paid, he claimed.

“The company also trades in technical oil. These transactions are also actual and real, all payments go through banks, oil is delivered by a reputed transport company, the entire quantity of oil purchased and resold by KTE is delivered to the port of Riga and forwarded to the final purchaser in Denmark,” Stonys explained.

He admitted that the supply of diesel fuel and exports of technical oil did not constitute core activities of KTE but the company saw an opportunity to make a profit from such transactions.

“Until now, these activities have been profitable, the company generated approximately 130,000 euros in profit last year. We hope that these operations will generate bigger profits for the company in the future,” Stonys wrote.

The FCIS reported early in March that an organized group of accomplices might have evaded approximately 1.1 million euros in VAT and excise duty through a criminal scheme involving simulated diesel fuel and oil purchase and sale transactions over several months.

Stonys previously controlled Dujotekana, once one of the largest importers of gas from Russian gas giant Gazprom.

Stonys' assets were worth 70 million euros in 2019, according to the TOP magazine.