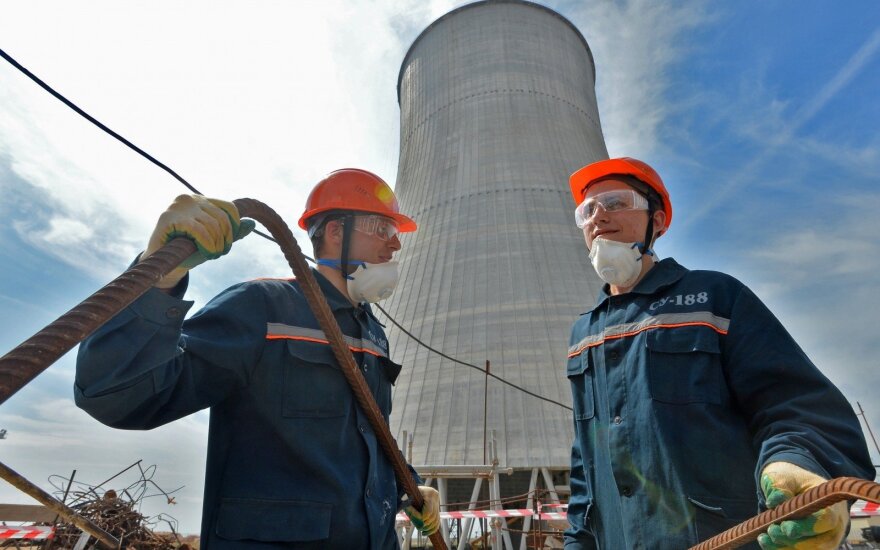 Sergei Rumas said in his response letter of April 22 that the suggestion was not feasible.

"As regards your proposal, outlined in the letter of March 7, on the construction of a gas power plant instead of the nuclear one, I'd like to inform you that the Belarusian NPP plant construction project is in its final stage. Converting it to a natural gas-powered plant is not technically and economically feasible," he said.

According to the letter, one of the goals of the Astravyets project is to diversify Belarus' energy balance in order to reduce its dependence on gas imports. The nuclear power plant will help the country, which now gets 95 percent of its electricity from gas-fueled power plants, to lower its gas consumption by around 5 billion cubic meters annually and to considerably cut the share of gas in electricity generation and greenhouse gas emissions.

Related articles
Lithuanian minister: Russia, Belarus to make efforts to sell nuclear power to Baltics
Prime minister: my predecessors were negligent in not talking to Belarus about N-plant

"I cannot agree with the opinion expressed in your letter that the parties to the Espoo Convention recognized that the selection of the Astravyets NPP site was inappropriate and that the stress tests conducted under the auspices of the European Commission showed that it was not safe," Belarus' prime minister said.

"On the contrary, European specialists recognized the results of the stress tests as positive and recommended further possible measures for enhancing the nuclear safety of the plant," he added.

Rumas, among other things, invited Vilnius to renew dialogue in order to set up a joint group to analyze the operations of the Astravyets plant and facilities related to the decommissioning of Lithuania's Ignalina nuclear power plant's decommissioning and the creation of a joint radiation monitoring system.

In his letter to Rumas signed on March 7, Skvernelis suggested that Belarus convert the Astravyets plant into a natural gas-powered facility that could be supplied with gas via the Klaipeda LNG terminal and a planned gas link between Lithuania and Poland.

The Lithuanian prime minister's critics said the proposed plan was not realistic either technically or politically, and linked it to Skvernelis' presidential bid.

In a meeting in Geneva in early February, the parties to the Espoo Convention found that the Astravyets plant construction site close to the Lithuanian border had been selected in violation of the convention.

The tests were conducted by Atomproekt, a subsidiary of Russia's Rosatom, the Astravyets plant's main contractor, in 2016.

Belarus has recently pushed back the launch date of the Astravyets plant's first reactor until next fall. Minsk earlier planned to switch it on in May or June 2019.

In an effort to hamper the project, Lithuania plans to block electricity imports from Astravyets. However, other European countries have not backed Vilnius' proposal for a broader boycott.

A temporary group of the Lithuanian Seimas will on Wednesday discuss the country's preparation for a...