...
BNS
aA
Ricardas Slepavicius on Thursday assumed the position of Lithuania's ambassador to the Republic of Korea after he received credentials from President Gitanas Nauseda. 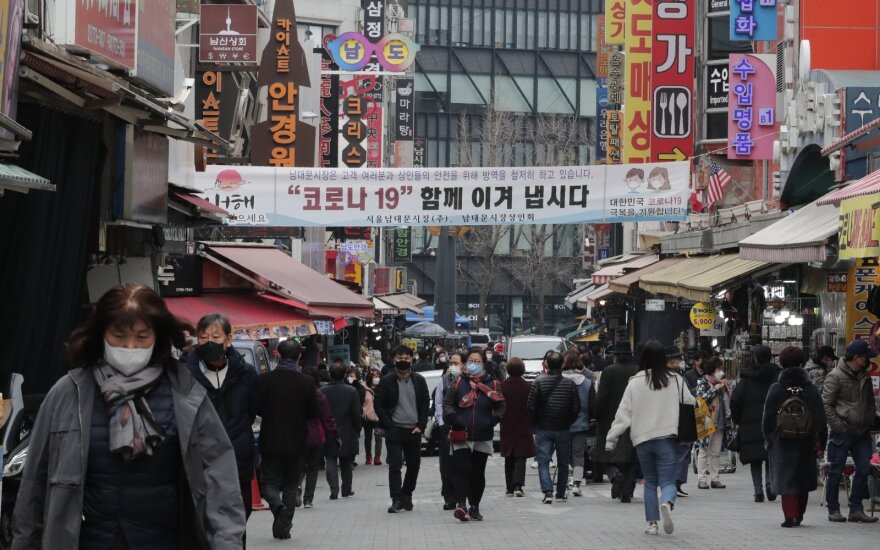 During the meeting, the ambassador and the president discussed the prospects for strengthening political relations between Lithuania and South Korea, as well as economic and cultural cooperation, the presidential press service said.

South Korea is considered one of the most innovative economies in the world, the president said, stressing the importance of strengthening cooperation in high value-added economic areas and encouraging Korean investments in Lithuania.

The president and the ambassador also discussed cooperation in the areas of science, education and culture.

Slepavicius has long-standing diplomatic experience of working for the Ministry of Foreign Affairs. He has previously served as Lithuania's ambassador to Italy, as well as to Malta and San Marino, and as the country's permanent representative to the UN Food and Agriculture Organization.

Lithuania established its embassy in the Republic of Korea last year. It's currently headed by interim Chargé d'Affaires Vilijus Samuila.

Lithuania and South Korea established diplomatic relations on October 14, 1991. Lithuania was previously represented in South Korea by the country's embassy in China.

Nauseda: Europe shows ability to agree on aid to Ukraine despite squabbling

Despite "unnecessary squabbling", Europe is showing its ability to agree on assistance to Ukraine in...