DELFI EN
aA
World Lithuanians were active on Sunday, May 12, to vote in the presidential election and two referenda. 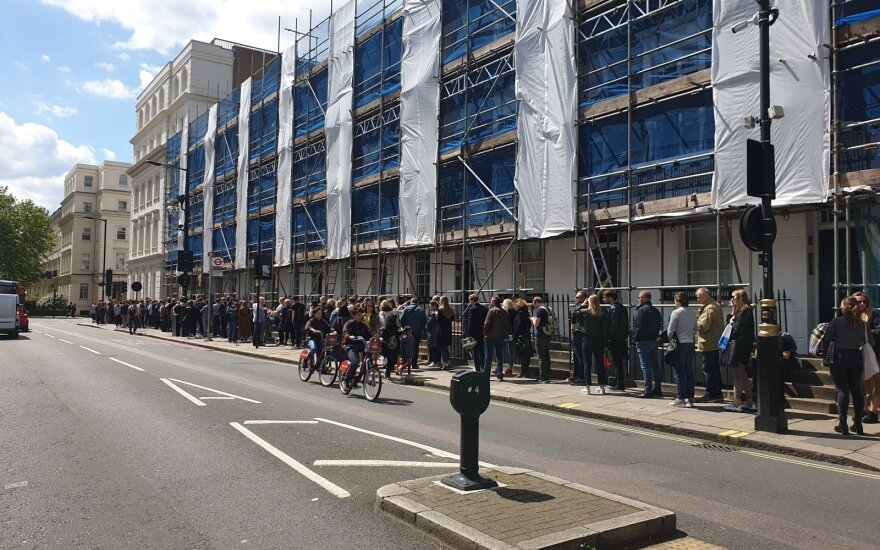 A reader of DELFI shared his photos how there was a long line to get into the Embassy of Lithuania in London in order to leave their votes.

“There is a long line in Embassy of Lithuania. There are many people that had not preregistered for the vote. Only three computers are used and the line is almost not moving”, wrote he.

One of them will in July replace incumbent President Dalia Grybauskaite, who is ineligible for re-election after serving two five-year terms.

Voters. 2,472,405 people are eligible to elect a new president and vote in the two referenda.

Turnout. A mandatory referendum is deemed having taken place, if over one half (1,236,203) of the citizens, having the right to vote and having been registered in electoral rolls, have taken part in it. All ballot papers found in the ballot box, including invalid ballot papers, are counted to determine the turnout.

The calculation of votes on dual citizenship. Article 12 of Chapter 1 of the Lithuanian Constitution is under higher protection and needs the votes of more than half of all citizens in favor to be amended. The institute of dual citizenship will be expanded if at least 1,236,203 people vote in favor.

The presidential election results. A new president is elected during the first round of voting if one candidate receives more than 50 percent of votes when at least 50 percent of all eligible voters come to vote. If the turnout is lower, at least a third of all eligible voters, or 824,135, need to vote for one candidate for him to win in the first round of voting.

Simonyte overruns Nauseda in presidential election's first round: results received from all districts (1) 290

Liberal faction at Seimas registered a resolution that suggests the Central Electoral Commission...