EN.DELFI
aA
The situation of Lithuanian rye is critical -- the amount of rye grown in Lithuania is decreasing rapidly. The Department of Statistics has gathered the data, which shows that Lithuanian farmers cultivated more than 74,000 hectares of rye in 2008, whereas this year the figure dropped to merely 22,000 hectares. In order to preserve Lithuanian rye, the petition to include into Lithuania‘s Red Book has been started. 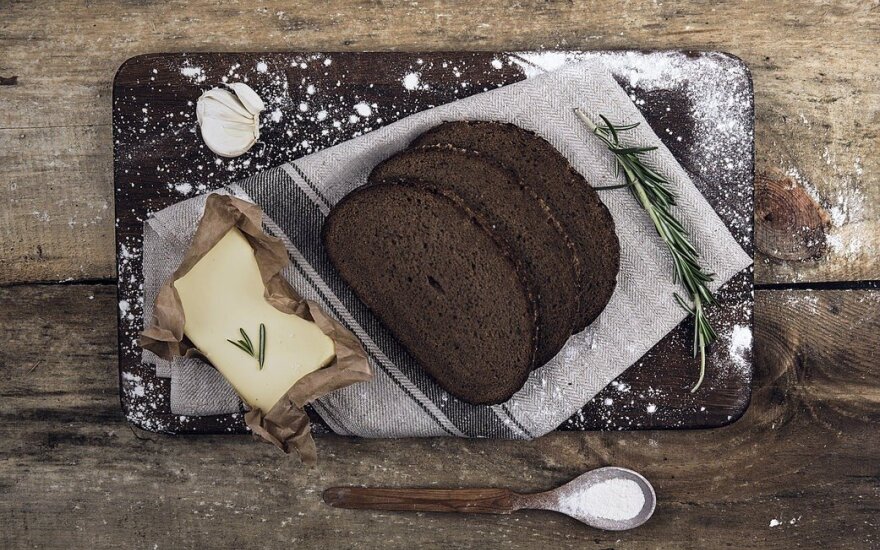 'The long-standing traditions are of an extreme importance to us, indeed, we bake our bread using only Lithuanian rye. This is why we observe the issue of decreasing rye fields closely. This particular problem affects every Lithuanian, because Lithuanian rye is used for producing our bread that we are proud of. With the realization of this threat, we have decided that it is time to stop being ignorant and that it necessary to take actions now. Adding rye to Lithuania's Red Book would save both the cereal crops and the tradition', Gražvydas Jukna claimed.

Related articles
Švyturys and Brooklyn opens new craft brewery in Lithuania
Health for the active: four tips for eating in a hurry

To sign the petition is possible on 4-5th July in Kudirka Square, Vilnius. Moreover, one can express one's view on the preservation of Lithuanian rye on the webpage: http://www.issaugokim.lt/ . In order to sign the petition, society members will only need to fill in a short and simple signing form.

It is not a coincidence that Vilniaus Duona expanded its initiative to preserve Lithuanian rye by adding it to Lithuania's Red Book exactly this year. Indeed, this year there is a plan to publish a revised edition of the Book, including new records of rare and endangered species.

The entry of Lithuanian rye in Lithuania's Red Book would not only warn about the threat to this specie of cereal crops, but also would form a firm ground for legislative procedures. This would allow organizing the preservation of Lithuanian rye more systematically.

At the end of July representatives of Vilniaus Duona is going to present the petition to the Ministry of Environment of the Republic of Lithuania which organizes the publishing of the Lithuania's Red Book.

On the 28th of June, after 3-year reconstruction Švyturys Brewery opened its doors in Klaipėda port...

The Lithuanian government has decided to declare a nationwide state of emergency due to a prolonged...

Lithuanians’ favourite fruit and vegies and how to keep them fresh

Summer is the time when the kitchen is filled with different types of fruits and vegetables....

Mentioning hamburgers or hot dogs often provokes comments they are not healthy. ‘Not...