aA
On Sunday, the Lithuanian St. Casimir Parish festival began in East London began with a Holy Mass at Casimir Church with Bishop Nicholas Hudson from the Diocese of Westminster. On a sunny afternoon, the church was so full with Lithuanians that people were even listening from the street outside. “Today we prayed together for Lithuanians of the world and for each other” said Petras Tverijonas,who has served as the Priest of the Roman Catholic Church of St Casimir for seventeen years. 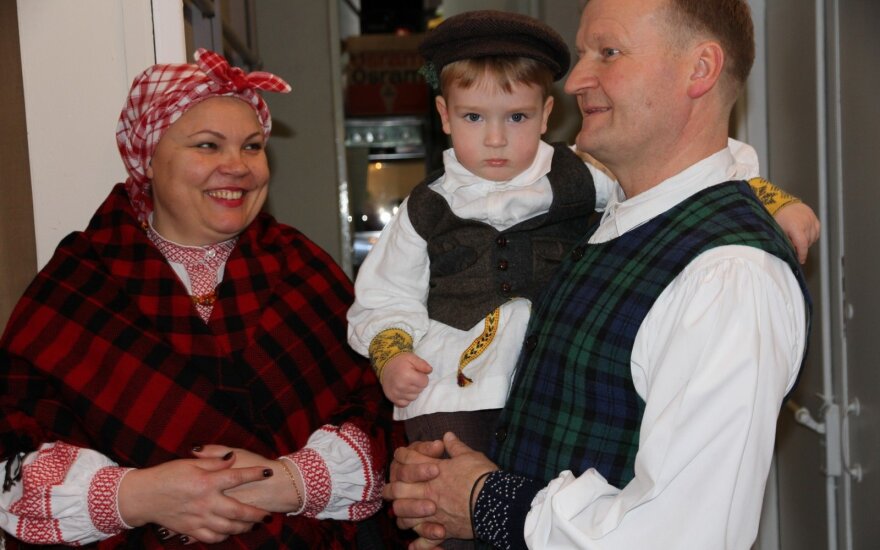 The church was built by Lithuanians in 1912 and it is still maintained by the community to this day. Back then, the religious community was much smaller than it is now, as times were rough for Lithuanians in London. People used to live in the city illegally and were scared to show their faces in public.

The community now is larger. Only a small percentage of people was able to visit the church and listen to the sermon. “The whole community wouldn’t all fit together in the church at once” - Petras tells me.

The second part of the celebration was visited byeven more parishioners. The folk ensemble Sadutė performed, and a competition to find the best Lithuanian regional dish was held. Guests were treated with traditional homemade dishes from Dzūkija, Aukštaitija, Žemaititija and Sūduva. "I do not know whether this facility is too small, or there is just too many people" - laughed festival participant Virginia.

There was a huge variety of lovely traditional food: homemade beer and kvass, balandėliai, cakes, fried bread, kibinas pastries, traditional herring and many more traditional Lithuanian family recipes. The food was all voted on by people going from table to table ranking what they most enjoyed.

“It took us two weeks to decide what kind of delicious dish to make for the feast” - said Ieva and Jurijus, the couple who won the competition for the greatest Žemaitija dishes with their home-made kvass using Ieva’s mother’s recipe and their šiupinys using Jurijus’ grandmother’s recipe.

”Regional cuisine is like our future and our past at the same time" said Birutė Koncevičienė, the brains behind the regional dish competition. She said that the competition makes Lithuanians living abroad return to their roots by cooking and tasting old-fashioned regional food. “Tasting homemade bread from the Aukštaitija region table, I remembered my grandmother. Simply, the taste just reminded me of her. It is a magical feeling "

Guests were invited to dance, and sing with Sadutė as they played Lithuanian folk music. The participants that showed the biggest enthusiasm also got prizes, as well as the children, who were invited to try their luck in a fortune well where they could find sweet presents.