Discusion: online voting is a long process that can start with voters abroad 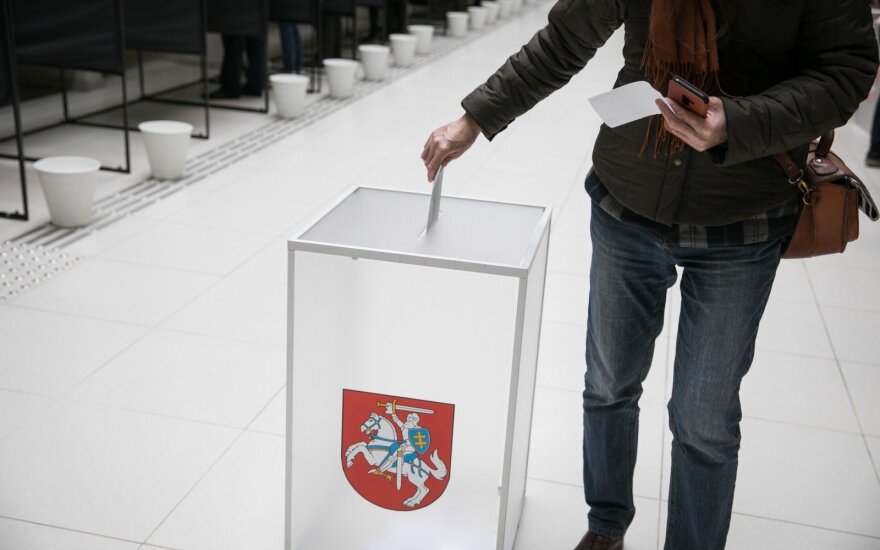 The head of National Cybersecurity Agency of France (ANSSI), French Ambassador to Lithuania, and advisors to Lithuanian and Latvian presidents exchanged views on threats and opportunities related to the internet voting, all agreeing on the importance of iteration.

Claire Lignieres-Counathe, Ambassador of France to Lithuania, described how France’s i-voting initiative started with the Ministry of Foreign Affairs, to cater to 1.3 million eligible French voters living abroad: “It is sometimes difficult to come to the embassy. In addition, postal ballots might not arrive in time, so you might lose your vote. However, given the option, around 50% of the electorate abroad vote online. In the future, interest in online voting will only increase and we will continue to make the system more secure and easily accessible.”

Guillaume Poupard, Head of the National Cybersecurity Agency of France (ANSSI), recommended policymakers focus on thorough preparation, constant development and testing, and trust-building. “Communication with citizens is extremely important to position why a digital system can be trusted in the first place,” Poupard said. “People need to understand that there are difficulties that can be solved with technology. Voting online has more advantages than disadvantages.”

Nerijus Kaučikas, Advisor to the President of Lithuania, Environment and Infrastructure Group, agreed on the need to approach the issue comprehensively: "Internet voting is the future. We need to develop the ecosystem and the sooner we start, the faster we arrive to a satisfying result. Incidentally, Covid-19 helped to advance this debate. Internet voting does not only drive the turnout, but should be part of a wider digitisation process. And the President supports a pilot i-voting programme for the Lithuanian diaspora, provided that the implementation of i-voting will be ensured in a safe and reliable way.”

Cyber-security concerns should not deter policymakers

Addressing cyber-security concerns, warning that there are people and nations attempting to disrupt the electoral process, and explaining why France suspended the i-voting option in 2017, Mr Poupard said: “In five years from 2012 to 2017 the level of risk changed significantly. In 2017 the goal was to protect our elections from the big states.” However, the threat did not prevent ANSII from learning the lessons: “We developed a new system – which is now ready and we will use it for the next election.”

Additionally, Mr Poupard also reviewed other attempts to hack the 2017 presidential election: “We prepared, working with political parties to make sure they can protect themselves against such attacks. But they cannot – they are very small enterprises, from a cyber-security point of view. They have to deal with national intelligence agencies, with loads of resources. I won’t give any names, but we are all thinking about the same threat.”

Ieva Ilves, Advisor to the President of Latvia on Information and Digital Policy, who moderated yesterday’s discussion, said: “The big debate is security – if the technical aspect is not solvable, we cannot defend it politically. It’s a circle that is difficult for many countries to break.”

“In practise, trust is the most important element. The party of the future president was hacked days before the election – many personal emails were published. However, thanks to the preparation, we reacted, communicating: ‘the goal is to manipulate the election, please do not take that information into account’. The people listened and the journalists also promised to not read into the leak now, but do a story on Monday [after the election],” added Poupard.

“During consultations in the Parliament, all the members fear cyber threats. They want to find solutions. There is no link with political ideology in a more classical way - they want to find ideas to develop our cyber security and digital sovereignty. They all consider that developing inclusive trust in digital systems is a common goal. The candidates who think the young people would vote more for them – are strong supporters of i-voting, but I haven’t heard an MP saying it’s a bad idea,” argued the head of ANSII.

The second round of local elections in France this weekend demonstrated the voters’ fears of Covid-19 transmission at the voting stations. A Sopra Steria poll commissioned by a number of French media outlets shows that 43% of respondents cited Covid as a primary reason for their abstention.

Discussing past election cases, Ambassador Lignieres-Counathe acknowledged that without internet voting, voter engagement rates would be even worse.

Dr. Rimvydas Baltaduonis, Co-chairman of the Parliamentary Commission of the Lithuanian World Community, a co-organiser, said: “The French case study is inspiring – as the European policy conversations on the internet voting seemed closed, earlier this year, France reintroduced an i-voting pilot for diaspora in consular elections. Lithuania and France share constitutional similarities, overseas constituencies being one, and i-voting for diaspora, hopefully, being another. As the Lithuanian parliament considers such a measure this week, it should pay attention to both the French model and the warning from this weekend’s local elections, which unfortunately confirmed the major impact of Covid-19 on voter turnout. Internet voting is hence one solution that would help mitigate against voter disengagement in times of crisis.”

Aušra Kukelkaitė, Managing Director at Global Lithuanian Leaders (GLL) network, one of the co-hosts, noted: “The first “Baltic Digital Bubble” event received truly international interest and saw active engagement from Lithuanian professionals abroad and at home. This demonstrated the diaspora’s strong desire to contribute to digital governance discussions and thus prompted us to widen the geographic scope and look at French solutions.”

Skaidra Puodziunas, Advisor at the Ontario Digital Service of the Ontario Government, and Member of GLL and the Lithuanian World Community, “France’s past and current journey with internet voting can offer valuable lessons, especially in the context of upcoming parliamentary elections in Lithuania. This event considered three important perspectives: cybersecurity concerns, institutional architecture, and citizen sentiments.”

President calls for e-voting for expats