(1)
BNS
aA
The Baltic countries are planning to charter a flight from London to repatriate a limited number of Lithuanian, Latvian and Estonian citizens left stranded in the United Kingdom after Europe closed its borders with Britain over fears of a new, more contagious strain of coronavirus, Transport Minister Marius Skuodis said on Wednesday morning. 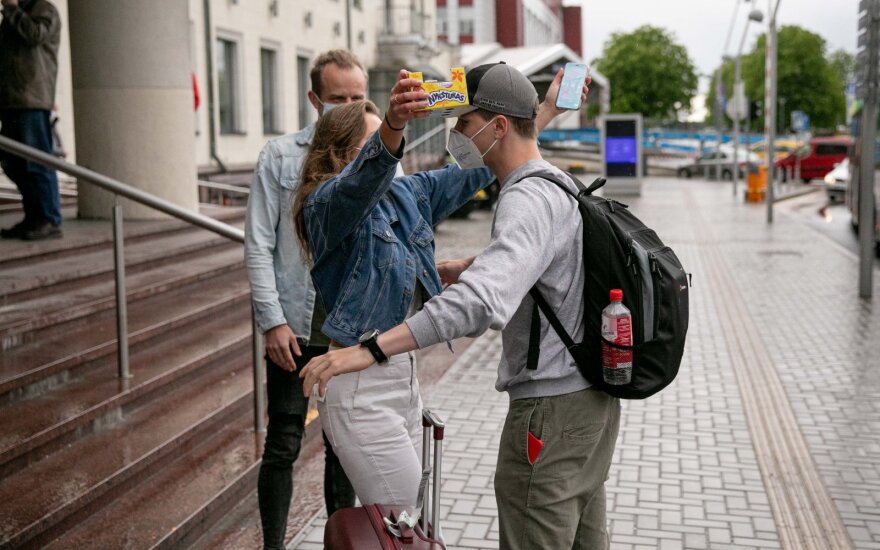 The flight will only be available to passengers who have very important reasons to return home, for example, parents separated from their young children or travelers attending funerals, according to the minister.

"What we are doing at the moment is talking really intensively with neighboring countries, first of all, Latvia and Estonia, and I do hope that we'll soon be able to inform the public about a flight of a very limited capacity for citizens of all the Baltic countries who need to get to Lithuania as soon as possible on humanitarian grounds," he told LRT Radio.

The Baltic countries will charter one flight to fly home a small number of Lithuanian, Latvian and Estonian citizens, the minister said.

"Some 7,000 people planned to come to Lithuania during the holiday period, but we are now talking about much smaller numbers," he said.

The flight is likely to take place at the end of the Christmas holidays, with the exact date to be announced shortly, according to Skuodis.

The Lithuanian embassy in London has been collecting information about people who need help to return home.

The Lithuanian government has imposed a ban on all passenger flights from the UK from 4 a.m. on Monday through December 31.

With air travel between Lithuania and the United Kingdom halted as of Monday, the Transport...

The Lithuanian government will on Wednesday consider allowing shopping malls to open on weekends and...