...
BNS
aA
Ausrine Armonaite, leader of Lithuania's Freedom Party, has been elected to the Lithuanian Seimas in the special constituency established for Lithuanians living abroad. 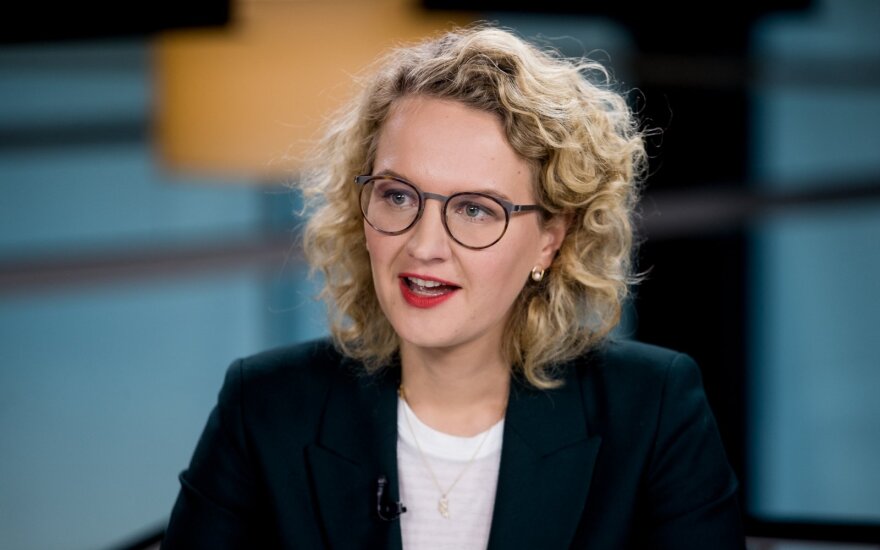 Armonaite received over 12,900 votes, or 53.15 percent of the total, figures from the Central Electoral Commission show.

Representing the Homeland Union – Lithuanian Christian Democrats, Dalia Asanaviciute, the former leader of the Lithuanian community in the UK, received 10,800 votes, or 44.5 percent of all votes cast in the constituency,

The CEC published the results from all 51 diplomatic representations who organized voting but the result of all voting by post abroad are expected in the second half of the upcoming week.

A special constituency for Lithuanian expatriates was established for this parliament election after a large number of Lithuanians living abroad voted during the last presidential election and referendum on dual citizenship.

Over 43,000 voters had registered to vote in the Seimas election abroad and over 35,000 Lithuanians living abroad voted in the first round of voting and over 24,000 voted in the runoff, according to the CEC figures.

The Homeland Union–Lithuanian Christian Democrats , the Liberal Movement and the Freedom Party on...