A Japanese who wants the Japanese to love Lithuania

(1)
Naoki Kawada
aA
The ‘Global Lithuanian Awards 2016’ sees Tamaki Kenjiro nominated for the award of ‘Global Friend of Lithuania’. He established the ‘Japan Lithuania Exchange Centre’ in Japan, which was highlighted upon Mr. Kenjiro receiving this award. 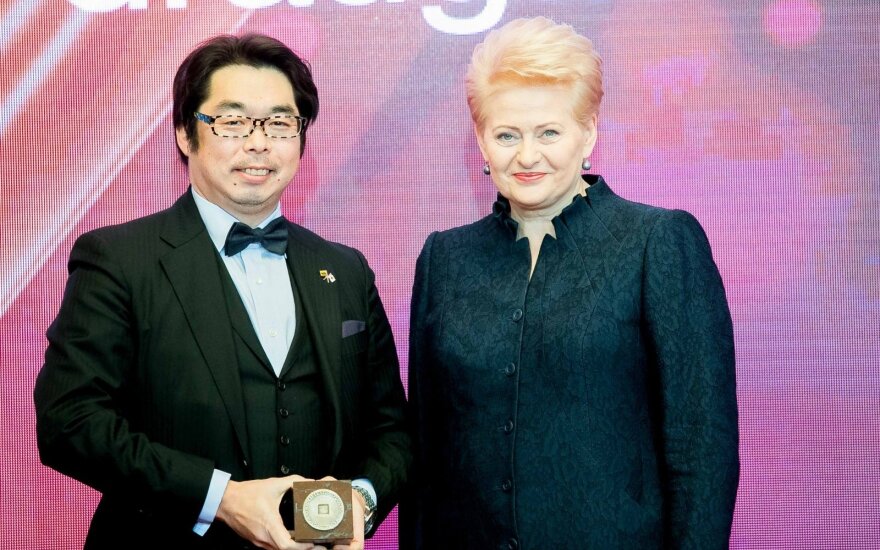 Mr. Kenjiro’s first encounter with Lithuania was in 2011, when he was offered to coordinate business with the country due to his connections with Eastern Europe (mainly Ukraine). When he accepted the offer, he realized that there were very few links between Lithuania and Japan and, so, decided to establish the ‘Japan Lithuania Exchange Center’ (JLEC) in 2013 – this organization is located in Tokyo and is run by volunteers. JLEC’s basic aims are to help Lithuanian companies, certain government offices and Lithuanian people to hold events in Japan and to make Lithuania much familiar in Japan through public exposure (for example, the study exchange agreement of Lithuanian and Japanese universities - more specifically between the Faculty of Medicine at Vilnius University and of Osaka University. JLEC also joined FOODEX JAPAN through the Government Office of Lithuania).

JLEC has some 30-40 activities and events each year, and often publishes books based on Lithuania. As a vision of the future, Mr. Kenjiro said: “I want Japanese people to be aware of not only the historical aspects of Lithuania, but also today’s Lithuanian culture, for example, food”.

Ultimately, Mr. Kenjiro wants Japanese people to see Lithuania in a different light - the ‘Lithuania’ he speaks of is not the ‘Lithuania’ Japanese people imagine (often negatively) when they think about Eastern Europe. The ‘Lithuania’ he describes is a country which has a secure social order, great food and drink, culture and kind and friendly people. As an example of his vision, he revealed he would like to open a café focused predominantly on Lithuanian products – the café will serve Lithuanian food and drink, sell Lithuanian products and be decorated using Lithuanian items.

On winning the ‘Global Lithuanian Awards’, Mr. Kenjiro said: “I feel very grateful for winning this award”. Further, on receiving the ‘Global Friend of Lithuania’ award, he said that “our actions are closely aimed to make the ties between Lithuania and Japan much deeper, and to foster a stronger friendship. I feel we must be regarded in the right way.”

Finally, as a message to the Lithuanian people, Mr. Kenjiro said: “for Lithuanian people to maintain a strong relationship with Japan (especially Japanese companies), they must exert time and energy to do so. But once that relationship is firm, their connection will last a long time, with mutual respect between Japan and Lithuania. So, please do not give up.”

The Japan Maritime Self-Defence Force Training Squadron is arriving in the Lithuanian port of...

If you met Carlos Levenstein in Sao Paulo , Brazil , you might not believe that he carries a...

For a decade we have heard repeated stories of foreign companies entering Lithuania and successfully...

On Wednesday, December 28, guests and laureates for the Global Lithuania Awards 2016 gathered at...

Exactly 75 years ago the USA experienced a blow which would change the course of history. Making use...