BNS
aA
The Nordic and Baltic countries have possibilities to expand their cooperation in the area of security and defense but the initiative should come from Lithuania, Latvia and Estonia, a Swedish lawmaker heading the Nordic Council, says. 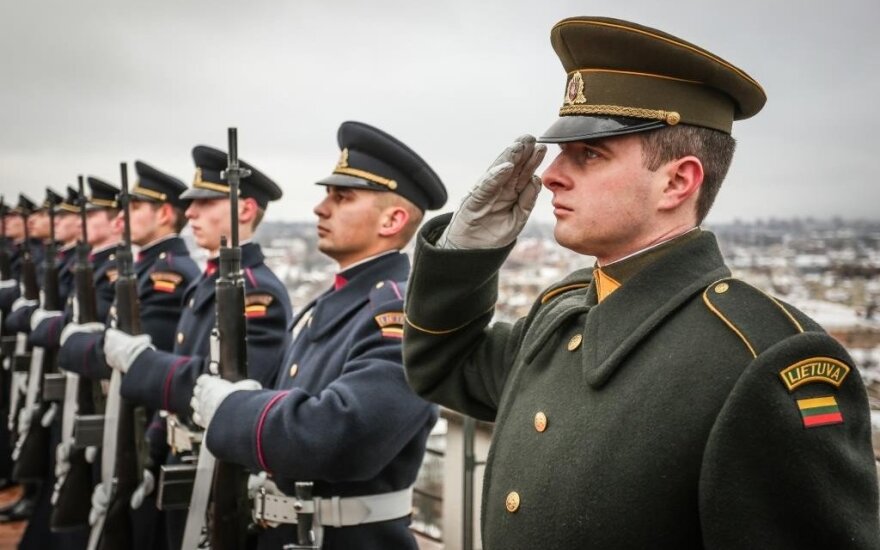 Hans Wallmark, president of the Nordic Council, pays attention to fact that threats arising both from Russia and China need equal responsible assessment.

In an interview with BNS Lithuania, given during the Nordic Council's session in Stockholm last week, the Swedish politicians also said the Astravyets nuclear power plant is not on the political agenda of Nordic countries.

Related articles
Defense Minister urges Baltic, Nordic states to step up collective defense
Pranckietis in USA: sanctions against Russia should be retained until full implementation of the Minsk agreements

- Mr. Wallmark, what is your opinion on the current collaboration between the Nordic and the Baltic states? Where this cooperation could or should be improved, strengthened?

- I think that Nordefco (Nordic Defense Cooperation – BNS Lithuania) is, for example, a very good way of deepening cooperation between the Nordic countries and the three Baltic states. So, the question is how we can even more deepen cooperation, especially defense, and it can be everything, from common exercises to the procurement and also sharing intelligence, how we perceive the world around us. But I think, generally, both in Sweden and in the Nordic Council most of us are in favor of deepening the cooperation between the Nordic and the Baltic states.

- Is it possible that the Nordic countries, including non NATO members - Sweden and Finland - contribute more to the Baltic states security?

- It can absolutely be something up for discussion. As I understand, we have not received any kind of proposals yet from the three Baltic republics. I think it is very important that any kind of good ideas of doing things together – it is better if they come from the Baltic states. But I think that Sweden should be very open if we have a proposal of different exercises or be part of different arrangement. (...)

- In your speech today (on Wednesday – BNS Lithuania) you mentioned two possible threats – Russia from the military and China from the economic standpoint. Are those threats to both the Nordic and the Baltic regions?

- Absolutely. And to Europe, and to the Western world. We meet them in different areas and in different shapes but they are current. It is so obvious for us here in the Baltic Sea area that we have the military threat. (...) We are strong supporters of the sanctions regime to the Russian Federation.

And here we speak nearly with the same tongue but I think that we can see differences on the China policy between the Baltic states and the Nordics, especially with Sweden. I think we are more reluctant, we also talk more about the People's Republic of China as a potential problem on security. They are a little different and they are also working on different ways, but spreading their narrative, using disinformation, propaganda.

- You are speaking now as chairman of the Conservative group inside the Nordic Council, aren't you?

- And the foreign affairs spokesperson for the Moderate party in Sweden. But I think that we also in the Nordic Council already next year are starting to talk more about the threats from China. Next year, Iceland is going to be the presidency in the Nordic Council. And I know they have a quite vital discussion now in Iceland about China and you can see quite a rapid change also there on the view on China. So, I have high hopes that the Icelandic presidency is going also to focus on the Chinese issue.

And we have also talked – we have not decided yet – to have some kind of seminar about different China strategies and different China approaches that we can now see in the Nordic countries. And my suggestion is that we also should invite the Baltic states to participate in that kind of seminar – we can see that we have a little different approach towards China between the three Baltics and the five Nordics.

- Let us talk about the question raised particularly by Lithuania. How could Lithuania make its voice heard concerning the Astravyets power plant? Is this also a Nordic problem, or just confined to Lithuania?

- Always when I meet colleagues from Lithuania, this is the number one issue, but I wouldn't say this is – at least yet – on the Nordic table. And I think one of the reasons is that we don't really see how the electricity from Belarus is going to end in our grids, in the Nordic countries.

And I know that also in Lithuania you've had discussions that not allowing any kind of (unsafe – BNS Lithuania) nuclear power in your grid. So, I must say, I totally recognize that the politicians and the government in Lithuania are really making opinion on this, but it is pretty much a non issue – yet – in the Nordic countries.

- During the session, there focus was on the dialogue with the youth in fighting climate change. Do you think that Greta Thunberg's decision to decline the Nordic Council environmental prize will somehow impede this dialogue?

- No. Absolutely not. I mean, it was a clear message from Greta Thunberg, we should respect that, she made her gratitude towards the Nordic Council that she had received the prize, but she said "No, thank you" for her reasons. So, I think this shows that we have lots of engaged youth (...).

- Is it possible that in the future there will appear a new format of cooperation in Europe? For instance, two years ago in Brussels the NB6 format (Sweden, Finland, Denmark and the three Baltic states) invited for the first time the Irish and Dutch counterparts.

- This is really one of the areas in which I personally have invested a lot of political time. I think it is important that we now start speaking about new formats, not as competitors to already established formats, like the European Union, the Nordic Council or NATO.

But I think that we in northern Europe, and also as a result of Brexit, when we are going to see the United Kingdom outside the European Union, we should use this new dimension in security and defense, maybe try to form another format. That could be the NB8+, for example, Poland, Germany, the Netherlands and the United Kingdom.

The BNS Lithuania reporter's travel costs were covered by the Nordic Council of Ministers. It had no impact on the content of this report.

Lithuania's Defense Minister Raimundas Karoblis on Tuesday urged the Baltic and the Nordic states to...

Pranckietis in USA: sanctions against Russia should be retained until full implementation of the Minsk agreements

On 11 April in Helsinki, the Memorandum of Understanding (MOU) on the establishment of the European...

Lithuanian political parties' commitment to raise defense spending to 2.5 percent of GDP by 2030...