DELFI EN
aA
On 14 July municipality of the capital city is to become the first one in the country to organize a hybrid city resistance test “Gediminas Legion”. It will be a real “action Sunday”, informs Vilnius municipality. 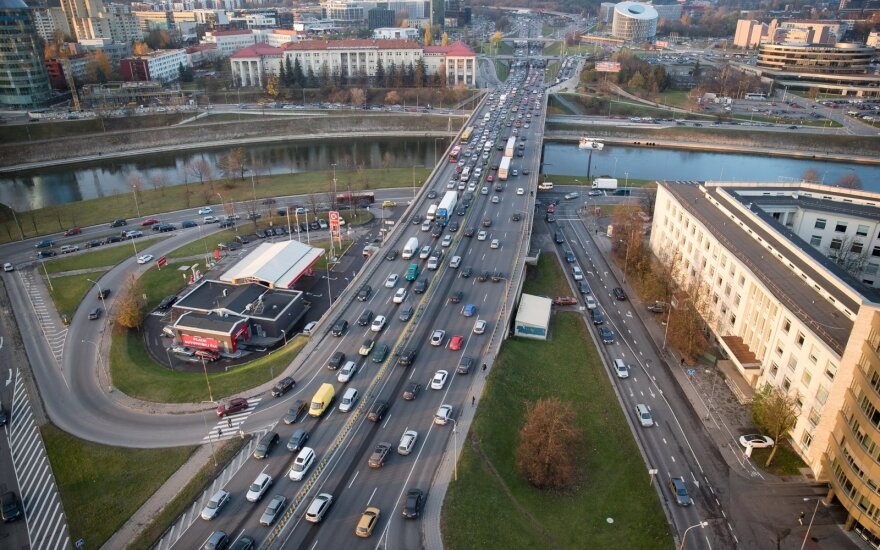 “A hybrid Vilnius resistance test is more than an ordinary exercise: it will help see how well companies in our city are prepared for responding to stressful circumstances and cyber security threats in critical situations, whether they manage to coordinate joint actions expediently and smoothly, take advantage of assistance of other services and rescuers, exchange data, make use of all possible technology for resolution of problems,” Povilas Poderskis, Administration Director of Vilnius city municipality, said.

The scenario developed by the municipality specialists will be actually put into action in the very centre of the city, in the tunnel of Geležinio Vilko Street and in access roads on 14 July from 7 to 10 a.m. This will be the first test of such extent not only in the capital city but in the whole country. The test is unordinary, for this reason, preparations have taken place since January. The exercise will engage not only all city companies but volunteer teams as well, namely, city dwellers; various rescue services and even the anti-terrorist operation team Aras as well as a few municipalities of other cities will take part.

When asked how the test would look like, Povilas Poderskis, Administration Director of Vilnius city municipality, who organises it, revealed a few elements of the scenario:

“We will simulate a situation where from 4 to 8 a.m. the total precipitation of 45 mm is to be recorded, where the rainfall will disturb the normal traffic in the tunnel and many other areas of the city, thus resulting in disorganised operation of companies which maintain the city infrastructure, there will be a bus full of children who will need to be rescued, at the same time, a tank truck will turn upside down at the access to the tunnel and polluting substances will leak from it; there will be other unexpected factors and cyber-attacks where information of real and simulated data sources will have to be recognised. We will be able to measure the benefits, threats and disturbances which will affect decision making. All this will yield tangible benefit and will help us prepare better for possible threats,” Mr Poderskis noted.

There have not been any exercises of such scope and specificity either in Lithuania or in the Northern Europe; thus other municipalities will be able to refer to Vilnius example in the future. Vilnius city municipality administration is implementing the strategic goals of VILNIUS2IN and has an ambition to ensure smooth coordination of actions of municipal companies’ group and special services, and exchange of information and data. After the exercise, it will be clear, whether actions were properly coordinated, whether communication measures and resources were managed in a timely manner. This will help improve cooperation in the future, provide specialists with knowledge which would contribute to the adjustment of technology in a targeted fashion so as to obtain data and information and to use them both in daily and extraordinary situations. The test will reveal, whether we are capable of distinguishing between potential incidents, analysing their origin and preventing them.

The incidents during the test will be simulated in a very realistic manner; for this reason, temporary traffic limitations, re-direction to other roads will be planned, organisation of public transport will change.
According to plans, the traffic will be limited in the section of Geležinio Vilko Street between the streets of Pakalnės and A. Goštauto and access roads. The situation of traffic flows and movement in the city will be observed so as to organise circuits and bypasses.

In addition, routes of public transport are to be temporarily modified, and temporary bus stops are to be established, if needed.

The hybrid city resistance test will be coordinated by Vilnius city municipality; preparatory activities will be carried out by an organisational group composed of representatives of various special services.

Lukiskes prison in Vilnius to be officially closed

Lukiskes Remand Prison in central Vilnius will be officially closed on Tuesday, with the last 74...