BNS
aA
Vilnius District politicians on Friday decided to endorse a strategic activity plan for 2020–2022 which, among other projects, also includes further asphalt-paving of the street Lithuanian Prime Minister Saulius Skvernelis lives on. 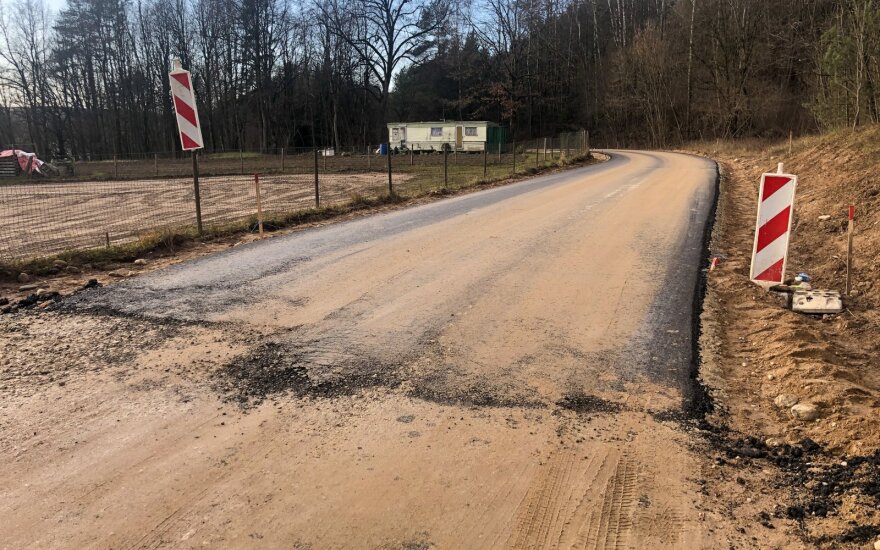 The plan stipulates allocation of 800,000 euros over the next three years for the paving of Upes Street in Zujunai. The asphalt-paving of this street was started last year after the government provided the district municipality with 300,000 euros in additional funding, which caused uproar, with other communities saying they have been waiting for similar attention for decades.

On the opposition's demand, a separate vote was held on the paving of this street, and 18 representatives of the ruling Electoral Action of Poles in Lithuania – Christian Families Alliance voted in favor, two local councilors abstained and eight were against.

Representatives of the ruling party kept on repeating the argument that people who are asking for street paving are not to blame for the fact that politicians live in their neighborhood.

"If we analyzed who lives in our district, so they would include half of Seimas members, government members, representatives of courts. They live in our area, we are glad as our money gets into the budget. Why are people from those six villages to blame for the fact that the prime minister lives there? The prime minister is also temporary, only for this term. God permitting, let him win if residents decide so," Vilnius District Mayor Marija Rekst said during the sitting.

Andrius Podvaiskis, chairman of the Lithuanian community of Vilnius District, called on the local municipality to set clear criteria, adding that due to the absence of a clear order, high-intensity streets waiting to be paved are pushed to the end of the list.

Renata Gorbacevska, representing the community of the six mentioned villages, as well as residents from Upes Street, said the community had been fighting for the road's paving for many years, telling the meeting that the community agreed to pave a small section of the road using its own funds back in 2017. She said the prime minister and his family played no role in the consideration of this issue.

"The prime minister lived there when he was not prime minister and definitely faced the same problems as other residents. The prime minister and his family have been living here for around 15 years. With no doubt, some people think the road is being prioritized because of his. But he's just a resident as everybody else, contributing to everything and fighting for the road," Gorbacevska said.

Lithuanian Prime Minister Saulius Skvernelis said on Wednesday that his blood cancer is in...

Lithuanian Prime Minister Saulius Skvernelis ' popularity rating has dropped further down amid the...

PM's wife campaigning for Tamasuniene over her road paving effort