...
BNS
aA
Discussions on the safety of the Astrayets nuclear power plant in Belarus, set to be launched in August, will continue, Ursula von der Leyen, president of the European Commission said on Thursday after a video conference of Eastern Partnership leaders in Brussels. 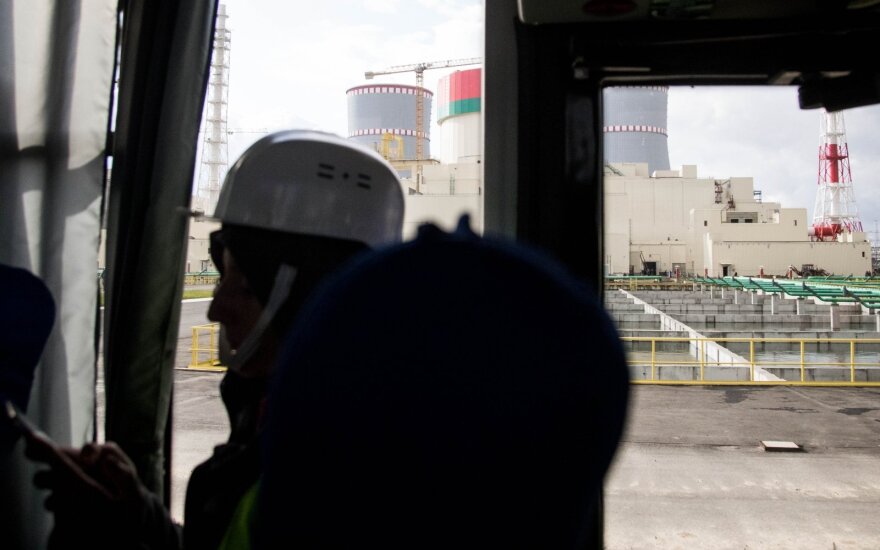 Meanwhile, Minks says it's ready to review its national action plan drawn up based on the results of the nuclear facility's stress tests.

"The topic of the Astravyets nuclear power plant was raised. First of all, in general, nuclear safety is of very high priority for us and as Belarus is a direct neighbor, it must ensure the highest possible safety standards," the EC president said, adding that progress has been made in the discussions but the desired result has not been achieved yet.

"We are in contact with the Belarusian authorities. And indeed you know that a request was there, that there is a need to implement the expert recommendation. So today Belarus said that they are ready to have a peer review on the stress-test and that in the fall a high level conference should take place on this subject. So this is a step forward, certainly not the end of the discussions and we are not at the point where we want to be, but this is today's new," von der Leyen said.

"We are ready for constructive cooperation with the European Union in this ear. Belarus has nothing to hide. In this context, we are committed to all documents in the area of nuclear safety. We informed our European partners that we are in principle ready to review the national action plan based on the nuclear facility's stress-tests," Golovchenko said after a vide conference with the leaders of the Eastern Partnership countries.

The stress-tests at the Astravyets nuclear power plants were carried out by Atomprojekt, a subsidiary of the power plant's main contractor, Russia's Rosatom, in 2016. A panel of international experts, set up by the European Commission and the European Nuclear Safety Regulators Group (ENSREG), found a number of the project's drawbacks in 2018.

Lithuania is the Belarusian project's biggest critic and is ready to boycott the entry of electricity from the facility into the market. Minsk rejects Vilnius' criticism regarding the nuclear power plant's safety.