BNS
aA
French President Emmanuel Macron promised help in the pursuit of negotiations over the resolution of the political crisis in Belarus and the release of political prisoners during his meeting with Belarusian opposition leader Svetlana Tikhanovskaya in Vilnius on Tuesday. 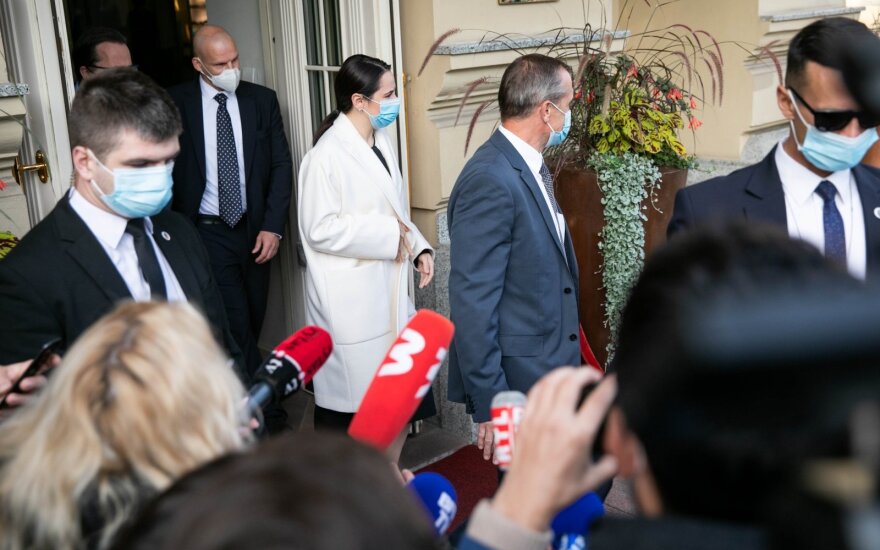 “He promised us to do everything just to help with negotiations ... for this political crisis in our country,” Tikhanovskaya told the reporters after the meeting.

“He told that time is very crucial because a lot of people are suffering because of this regime, too many people are in jails and he will do everything to help to release all the political prisoners,” she added.

Macron has not yet made any comments about his meeting with the Belarusian opposition leader.

On Monday, Macron said that France would seek to ensure that the Organization for Security and Cooperation in Europe (OSCE) took a mediator’s role in resolving the crisis in Belarus.

“We have proposed that the OSCE should make a commitment, also, France will also spare no effort to ensure this mediation so that we could move forward,” he said at a joint news conference with Lithuanian President Gitanas Nauseda in Vilnius.

Tikhanovskaya arrived in Lithuania after she declared she did not recognize authoritarian President Alexander Lukashenko's victory in the presidential elections on August 9.

Belarus has been engulfed in mass demonstrations since the elections, with people protesting against vote-rigging and the government's violence and demanding Lukashenko's resignation.

French President Emmanuel Macron arrived on an official visit to Lithuania on Monday.

Sources: French President Macron to come to Lithuania this month

Belarus recalls ambassadors to Lithuania and Poland for consultations

The Belarusian Foreign Ministry said on Friday it is recalling the country's ambassadors to...