The Committee on Foreign Affairs on situation in Ukraine

aA
The Committee on Foreign Affairs of the Seimas of the Republic of Lithuania, expressing its concern over the substantial deterioration of the security situation in eastern Ukraine in recent days and renewal of active military operations in Avdiivka, with several dozens of killed or injured Ukrainian soldiers and civilians and the recorded use of heavy weaponry; 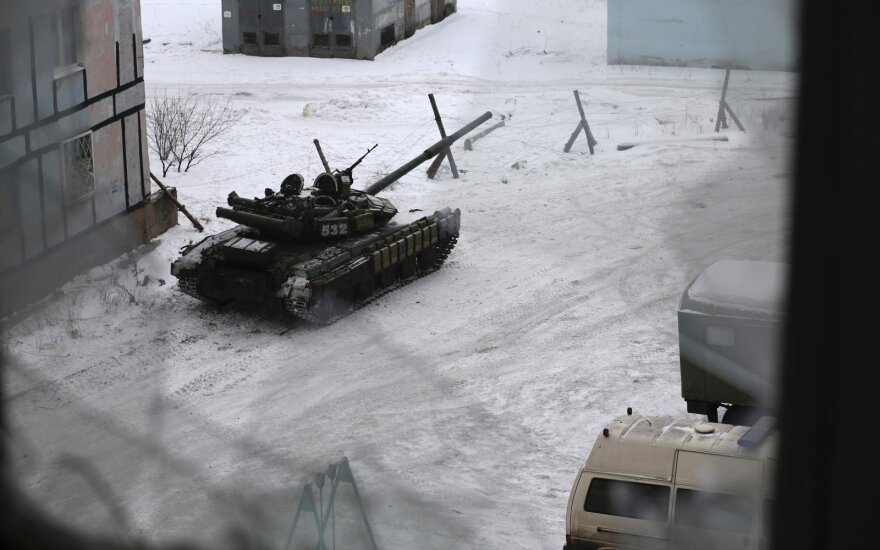 stressing that another highly worrying fact is a complicated humanitarian situation when artillery shelling has destroyed or damaged infrastructure, disrupted the supply of electricity, water, and heating and forced people to flee their homes;

having regard to the Resolution 2132 (2016) of the Parliamentary Assembly of the Council of Europe “Political consequences of the Russian aggression in Ukraine”;

states that the Minsk agreements constitute the major instrument today for settling the Russia-Ukraine military conflict, and therefore, it is necessary to ensure that the ceasefire under the agreements is observed in order to avoid new victims, suffering of the civilians and a humanitarian disaster in eastern Ukraine;

calls for ensuring the access of the OSCE Observer Mission to the territory controlled by the so called separatists supported by the Russian Federation in order to ensure the provision of unbiased information to the international community about the current situation;

is of the opinion that the renewed active military operations in eastern Ukraine, as well as the role and responsibility of the Russian Federation in ensuring the implementation of the Minsk agreements has to be extensively discussed at the EU Foreign Affairs Council on 6 February 2017;

invites the political leadership, governments and parliaments of the EU and NATO Member States, the European Parliament, international organisations and their parliamentary assemblies to give a proper focus on the settlement of the Russia-Ukraine conflict in their political agendas, to enhance their efforts aimed at resolving the security crisis in Europe as the result of this conflict, and to prevent similar situations in the future.

Situation in Ukraine similar to that in 2014 - ForMin

The situation in Ukraine has recently been similar to that in 2014, when the most intense fighting...

After fighting between Ukraine's governmental forces and Russian-supported separatists escalated in...

Lithuania does all it can to help Ukraine - PM Skvernelis

Prime Minister Saulius Skvernelis says that Lithuania is providing all forms of assistance to...

Lithuania is looking into a situation where copies of identity documents of members of an official...