(2)
BNS
aA
The European Court of Human Rights (ECHR) ruled on Tuesday that Lithuanian law-enforcement authorities discriminated against a gay couple when they refused to open an investigation into hateful comments against them on social media. 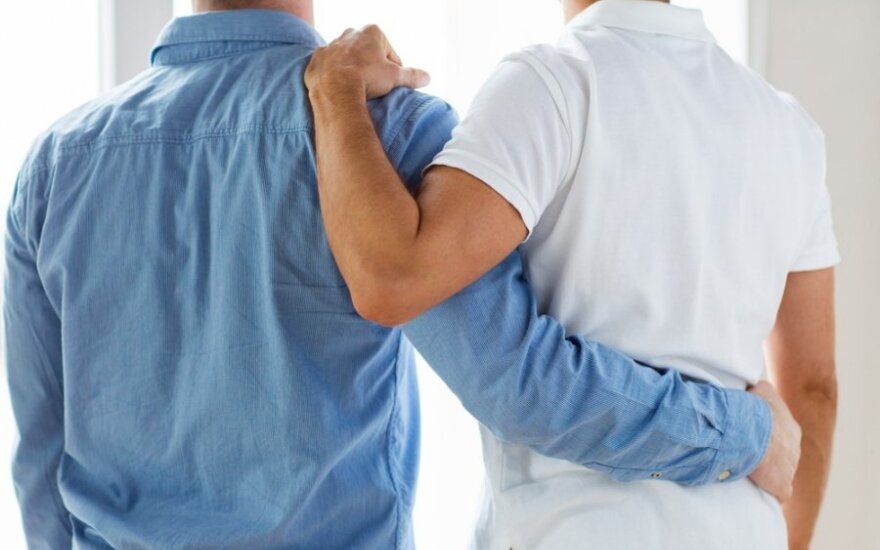 The two young men turned to the ECHR after Lithuanian prosecutors and courts refused to launch an investigation into calls for violence against the couple after one of them five years ago posted on Facebook a photograph of a same-sex kiss between him and his partner.

According to the Strasbourg court, the hateful comments "were instigated by a bigoted attitude towards the (homosexual) community" and "the very same discriminatory state of mind was at the core of the failure" on the part of the authorities "to investigate whether these comments constituted incitement to hatred and violence, which confirmed that by downgrading the danger of such comments the authorities at least tolerated such comments".

The panel of seven judges ordered the state to pay 5,000 euros in non-pecuniary damage to each of the applicants and a total of 5,000 euros in litigation costs.

"The Court (...) considers it established that the applicants suffered discrimination on the grounds of their sexual orientation," it ruled.

The photograph of the same-sex kiss between the applicants received dozens of comments, including calls for the two gay men to be "thrown into the gas chambers", "exterminated", "burned" and "killed".

Klaipeda prosecutors and courts rejected the couple's request to open an investigation into incitement to hatred and discrimination.

The authorities decided that the authors of the comments had expressed their opinion using "inappropriate words" and that their behavior did not warrant prosecution.

Law-enforcement officials described the posting of the photograph as "eccentric" and "deliberately provocative" behavior.

A Klaipeda court said in its ruling that the two young men had to take into account the fact the majority of Lithuanian society "very much appreciate traditional family values".

"The authors of the comments used inappropriate words to express their disapproval of the homosexual relationship, but the mere use of obscene words does not warrant criminal prosecution," it said.

According to the ECHR, the applicants' requests were denied because of officials' negative attitude toward their sexual orientation.

"The Court thus considers it established that the applicants have made a prima facie case that their homosexual orientation played a role in the way they were treated by the State authorities," the Strasbourg court said.

"The Court observes that the instant case concerns undisguised calls on attack on the applicants' physical and mental integrity, which require protection by the criminal law.,"

"However, due to the Lithuanian authorities' discriminatory attitude, the provisions of this Article were not employed in the applicants’ case, and the requisite protection was not granted to them."

The two young men – Pijus Beizaras and Mangirdas Levickas – maintain that the authorities' refusal to launch a pre-trial investigation into the hateful comments contributed to an atmosphere of impunity and intimidation that led to insults against them.

They say law-enforcement officials did not even question the authors of the comments and did not regard calls to kill as incitement to hatred.

"If those comments were only 'unethical' expression of opinion, it becomes unclear what statements would be 'sufficient' to qualify as 'publicly ridiculing, expressing contempt for, urging hatred or inciting discrimination'," the applicants said.

The two men disagree that the expression of their affection constituted "eccentric behavior", because they did not violate the rights of others by posting the picture on the social media.

Lithuanian Prime Minister Saulius Skvernelis , who is being treated for lymphoma , says his own case...

While “Baltic Pride” festival is taking place in Lithuania this week, ILGA-Europe , an NGO...