(2)
BNS
aA
Lithuania's State Defense Council will decide on the country's participation in the creation of a coronavirus vaccine together with EU member states. 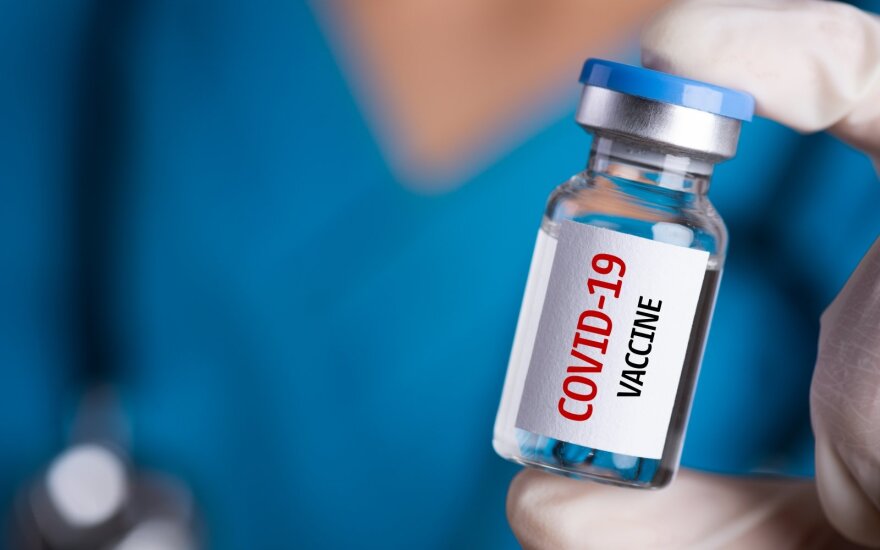 On Wednesday, the Lithuanian government decided to turn to the SDF for it to make a decision on joint procurement of coronavirus vaccines by Lithuania and other EU states as doubts arose on risks to be accepted and on the reputation of the vaccine creators.

In a draft resolution, the Health Ministry said Lithuania's delegated representative received in the middle of August a draft agreement between the European Commission and pharmaceutical company AstraZeneca on the purchase of a vaccine, and if Lithuania had wanted to withdraw from the agreement, it should have notified the EC in writing by August 21.

Prime Minister Saulius Skvernelis says a decision should be made at the top level due to a dilemma as Lithuania should "either take a risk" because there's only one producer and the price for the vaccine has been set already but with no confirmation on its efficacy, or not to buy the vaccine at all.

In his words, similar decisions, when Lithuania held negotiations with a single supplier, were made by the SDC during Lithuania's public procurement in the area of national defense.

"It means that if it (vaccine – BNS) was created, Lithuania would be a country not able to vaccinate risk groups or everyone willing, and it would lead to consequences. It really comes outside the health minister's competence, I believe, and the government's competence, as that's related to an uncertain situation. (…) If the Cabinet decides, I, as a member of the State Defense Council, would initiate a meeting under the right provided by the law," Skvernelis said.

Skvernelis: I don't want the government to be thrown under the bus

The prime minister also underlined that the government had asked various institutions, including the Public Procurement Service, the State Tax Inspectorate as well as special services, for information about the aforementioned vaccine creator and the provided information is controversial.

One of the special services said they had no information on the company, the prime minister said.

"The other service paid attention in its report about that specific company to the existing information that in 2011 that company was suspected of possible bribery in one state during a certain period. Also, during another period, the company was selling medications that were not effective," the prime minister said.

In his words, the government has also been informed about the company's false pricing and provision of false information for the market.

"Fourth, the company paid almost 5.5 million US dollars in bribes in certain years in two countries and allegedly paid bribes in cash and gifts. So what's that and how we should view this information?" he wondered, pointing out that this information is publicly accessible.

"Speaking of reputational matters, it’s a problem. That's why I don’t want to throw either the government or the health minister under the bus, and that's why I suggest backing it and turning to the State Defense Council for a decision on our country and the safety of our people and what to do next to be made at the top level," Skvernelis said.

Health Minister Aurelijus Veryga said that as Lithuania and the world are awaiting a vaccine that would allow avoiding restrictions and getting back to normal life, "the focus and the price countries agree to pay for those vaccines are very high" and risks "are hard to manage".

"Since it involves major financial contributions from states, there are clear risks that are hard to manage: we are speaking about products that are still being created, and states already need to decide on their purchase, and a certain pro rata principle is applied with minimum flexibility as states either agree to purchase the whole amount (…), or decide not to buy the vaccine at all," he said.

Lithuania is offering Latvia and Estonia to raise the threshold within the so-called Baltic...

On Wednesday 36 new COVID-19 cases were detected in Lithuania. In total, 3199 coronavirus cases have...

Self-isolation time likely to be shortened as of September 15

The period of mandatory self-isolation for people returning to Lithuania from abroad is likely to...

On Sunday 51 new COVID-19 cases were recorded in Lithuania . Overall, 3386 coronavirus cases have...

Lithuania's coronavirus situation is under control and its infection rate and economic...