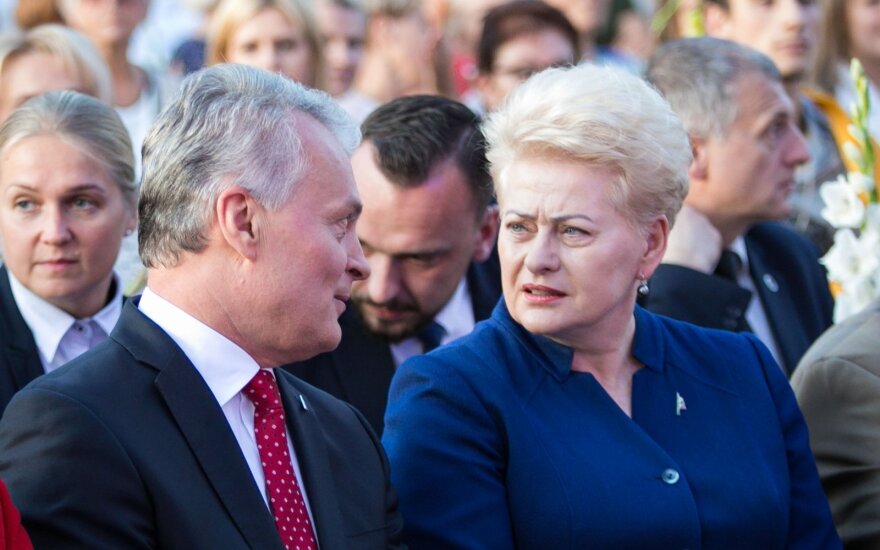 The meeting involved an exchange of opinions on the invitation for Belarus to attend the reburial of the remains of the XIX century uprising's participants, planned in Vilnius in November, the Astravyets nuclear power plant, issues related to the Belarusian identity, as well as Minsk's ties with Russia.

The meeting had not been preannounced on the presidential agenda.

Approached by BNS Lithuania, the presidential office confirmed the fact that such a meeting indeed took place, with Nauseda's spokesman noting that the president regularly invites experts from different areas to hear their opinions.

"The meeting was attended by the president, several of his advisers and the political scientists invited to the meeting. The meeting's key goal was to discuss current foreign policy affairs over the first six weeks of the presidential term, and also attention was paid to a discussion on Lithuania's relations with Belarus," Antanas Bubnelis, spokesman for the president, told BNS Lithuania.

Nauseda hinted last month he's ready to improve relations with Belarus but vows to preserve the strict position on blocking imports of power produced by the Astravyest nuclear power plant.

"I am convinced that we should not buy electricity from the unsafely-built power plant as it's a threat to our people and a threat to our security," Nauseda told journalists in Warsaw on July 16, in response to a question by BNS Lithuania. "But if it's possible to improve relations with this element in place, I am ready to do that."

He said then he had not decided yet if dialogue with Belarus could take place at the highest-level. In the president's words, Lithuania is still considering who to invite from the Belarusian government to the reburial of the remains of participants of the 1863-1864 uprising, planned in Vilnius in the fall.

"Does that have to be a visit by the top-level leader? Let us think about it yet, and I think we will be able to answer this question soon," Nauseda said in response to a question by BNS Lithuania.

Ex-Lithuanian President Dalia Grybauskaite met with Belarusian President Alexander Lukashenko during her first presidential term. But later on her position changed and she stopped the top-level dialogue with Belarus, stating that it’s impossible due to Minsk's close ties with Russia and the construction of the Astravyets nuclear power plant. Under her decision, not only the state leaders but also the foreign minister did not meet.

In recent years, Lithuania has been blocking the Belarus-EU framework agreement on bilateral relations.

Based on media reports earlier this week, John Bolton, adviser on national security issues to US President Donald Trump, set to pay a visit to Belarus soon.

Russian and Belarusian arms control specialists will perform an observation flight over Lithuania,...