...
BNS
aA
Some 2,000 Lithuanian citizens have informed the country's diplomatic missions that they are unable to return home due to movement restrictions, Foreign Minister Linas Linkevicius said on Monday, adding that most of them are stranded in Spain. 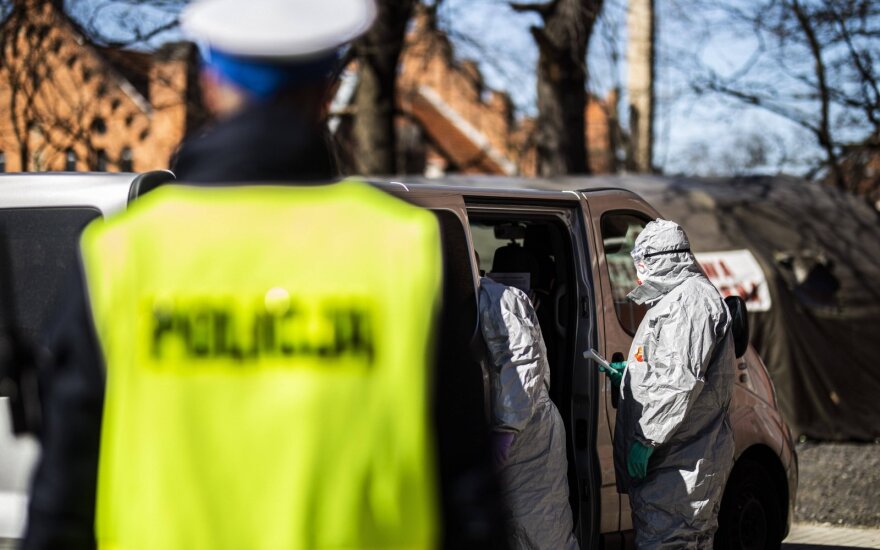 "We have around 2,000 registered people who want but can't return. We have most of them in Spain," he said after the Cabinet's meeting.

Around 1,000 Lithuanian nationals are stranded in Spain and the government is considering arranging a commercial flight to repatriate them, according to the minister.

Planes may be also sent to Germany and France to fly back Lithuanian nationals, he said.

According to Linkevicius, the government is also dealing with the situation at the German-Polish border where over 400 cars are waiting to be allowed to travel to Lithuania via Poland.

"Yesterday we sent three coordinated notes to Poland from Lithuania, Latvia and Estonia, asking it to address the situation," the foreign minister said.

"There is no guarantee, but the search (for possible options) is ongoing. Last night, we received a more detailed explanation of what steps could be taken (...). Maybe some people will be able to travel in a convoy of cars (...). Another option could be to arrange a train. We are still holding talks and waiting for a decision from the Polish government," he said.

Talks with Poland is ongoing, but there are no practical decisions yet, according to the minister.

Lithuania, Latvia and Estonia have set up a joint task group to deal with the problem, because Estonian and Latvian nationals cannot return home via Poland either, he said.

Transport Minister Jaroslav Narkevic said on Monday that it might be possible to form a train from Germany to Kaunas, but that would mean that Lithuanian nationals stranded at the German-Polish border would have to leave their cars abroad.

"We are ready to promptly arrange a train, buses or even a number of car haulers (...). We are preparing for all possible options, but, obviously, a convoy would be to the best option in order to get all that traffic moving," he said.

Another option under consideration is a ferry from Copenhagen.

"We have booked a huge ferry from Copenhagen, 1,500 seats. It would solve the problem of those who are waiting at the border, but people would need to travel from the border with Poland to the ferry," Narkevic said.

Taking a ferry from Kiel to Klaipeda also remains an option, he noted.

Poland closed its borders to foreign nationals on Sunday midnight in an attempt to stem the spread of coronavirus. Lithuania has asked Poland to open a temporary humanitarian corridor to allow Lithuanians to return home, but the neighboring country has not done so yet.

Linkevicius said that the situation is unlikely to improve in the near future.

"Obviously, the situation will not improve. It is getting even more complicated, because there are more unforeseen cases. Apparently, more hot spots will emerge in Europe, and coordinated European solutions will have to be sought, too," he said.

As part of a nationwide quarantine in place in Lithuania since midnight on Monday, foreigners are banned from entering the country, but those traveling to other states are given three days to cross Lithuania's without unnecessary stops.

The whole of Lithuania is placed under quarantine for two weeks as of Monday. BNS provides a review...

Around 1,000 Lithuanians stranded abroad have returned

Up to 6,000 Lithuanian citizens could be trapped abroad by border closures due to the coronavirus...

The prices of some food products have gone up in recent days after Lithuania was placed under...

As a large part of the world suspended air traffic due to the coronavirus pandemic, the CEO of the...