BNS
aA
The Lithuanian Social Democratic Party (LSDP) propose Julius Sabatauskas for vice-speaker of the Seimas after Gintautas Paluckas, the opposition party's chairman, chose not to stand as a candidate for the position. 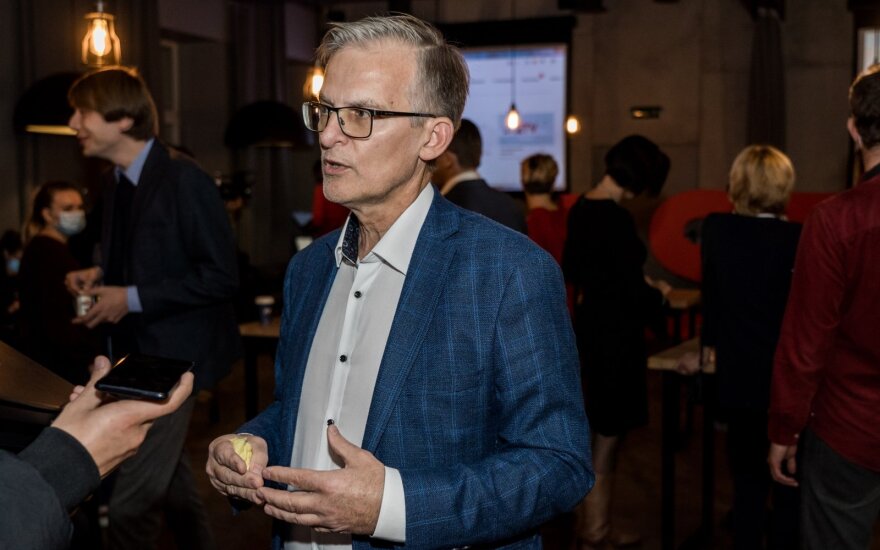 Algirdas Sysas, the head of the LSDP political group in the parliament, informed Viktorija Cmilyte-Nielsen, the speaker of the Seimas, about the group's decision on Monday.

"The Social Democrats propose Julius Sabatauskas for vice-speaker because Gintautas Paluckas decided not to stand in the election," Sysas told reporters.

Paluckas told BNS he decided to withdraw his candidacy because he did not have the necessary backing of the center-right majority to be elected as one of the opposition vice-speakers.

Sysas said he did not know if the speaker would nominate the LSDP candidate or Ausrine Norkiene of the Farmers and Greens Union for the position on Tuesday.

Cmilyte-Nielsen has mentioned that she would like to see representatives from all three opposition groups on the Board of the Seimas, which consists of the speaker, vice-speakers and the parliamentary opposition leader.

"That would be a Solomon-like decision, but tomorrow's voting will show if it will be so," Sysas told reporters on Monday.

He said the post of opposition leader could go to the Farmers and Greens Union.

Two vice-speakers – Jurgis Razma of the conservative Homeland Union–Lithuanian Christian Democrats and Andrius Mazuronis of the opposition Labor Party – were appointed on Friday.

The Statute of the Seimas allows the speaker to have up to seven deputies, but the coalition partners have agreed that there will be six vice-speakers in the new parliament.

Election watchdog to distribute over EUR 2.7 mln among political parties

Lithuania's Central Electoral Commission is planning to allocate on Thursday a total of 2.751...