Skvernelis sees no legal reason for transmin to resign 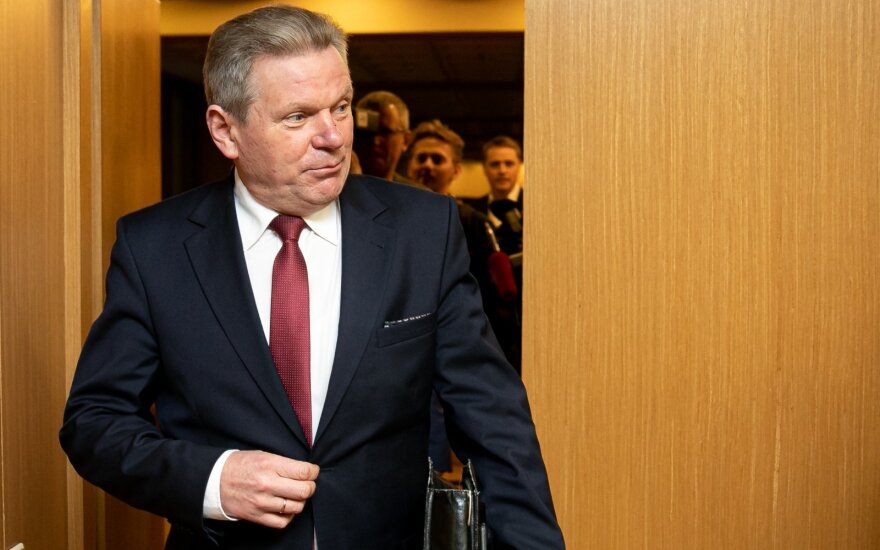 He says he won’t rush into any decisions that might split the ruling coalition or might affect the government's stability.

"I don’t see a single legal fact today to reproach the minister and call for his resignation," the prime minister told journalists on Monday.

His comments came in response to President Gitanas Nauseda's expressed no-confidence in Narkevic and call for his resignation, with the prime minister also being encouraged to make a principled decision on the minister's future.

Narkevic has lately come under fire over the dismissal of the board of the country's state-run postal company Lietuvos Pastas (Lithuanian Post), the recent visit to the UAE, lunches paid for by state companies in Dubai and Minsk, the allocation of funding for paving streets in his election constituency and close to Skvernelis' home, as well circumstances around living at the Seimas hotel.

The prime minister says any criticism against the minister needs legal assessment as some of the accusations, including those of poaching, were eventually proved unfounded.

"When all those circumstances on other mentioned facts are evaluated, then I will meet with the president, I will respect his opinion, perhaps the president has some other arguments I don't know," Skvernelis said.

"I will make a decision after my meeting with the president. I won't do anything hasty that might destroy the ruling coalition or affect the government stability when we need to adopt key laws by Sec 17," the prime minister said, having in mind the next year's budget.

Narkevic represents the Electoral Action of Poles in Lithuania – Christian Families Alliance which joined the ruling coalition after the presidential election earlier this year.

Lithuanian President Gitanas Nauseda called on Thursday on Jaroslav Narkevic to resign as the...

Application to register "For the Fatherland" submitted in Prime Minister's name

Lithuania's brand database officially states that an application to register a brand " For the...