BNS
aA
The Lithuanian ruling coalition's council will hold a meeting in early January to discuss President Gitanas Nauseda's call for Jaroslav Narkevic to step down as transport minister, Prime Minister Saulius Skvernelis said on Tuesday, adding that the situation may lead to the Cabinet's resignation. 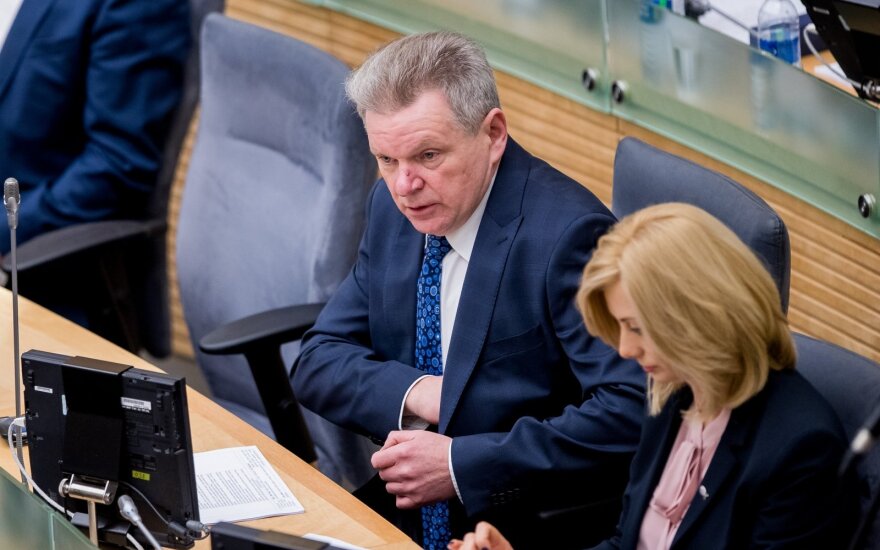 "We'll hold an expanded coalition council meeting in the first days of January to consider, among other things, the president's arguments and decide how to proceed," the prime minister told reporters.

"Various decisions are possible (...), up to the government's resignation," he added.

According to the prime minister, the government may have to resign if the ruling coalition breaks down.

However, Ramunas Karbauskis, the leader of the Farmers and Greens Union, the biggest party in the parliament, told reporters that the ruling coalition will not change, the government will stay on, the Seimas will pass next year's state budget and "we'll all work together for the good of Lithuania".

He also said that there are neither moral nor legal grounds for Narkevic to step down.

Nauseda has said repeatedly in recent weeks that he has no longer confidence in the transport minister and called on him to resign.

Narkevic has lately come under fire for firing the management board of the state postal company Lietuvos Pastas (Lithuanian Post), his behavior during his recent visit to the UAE, for allocating funds for asphalt paving of streets in his election constituency and the one leading to Skvernelis' home, and other issues.

The Chief Official Ethics Commission has launched probes regarding both Narkevic and Skvernelis.

The issue of Transport Minister Jaroslav Narkevic 's liability must be resolved, Lithuanian...