Skvernelis on information on Transport Minister: I see no scandal, I see fairytale

(6)
BNS
aA
Lithuanian Prime Minister Saulius Skvernelis says he sees no scandal in the recently emerged information about Transport Minister Jaroslav Narkevic, adding that he sees only a fairytale. 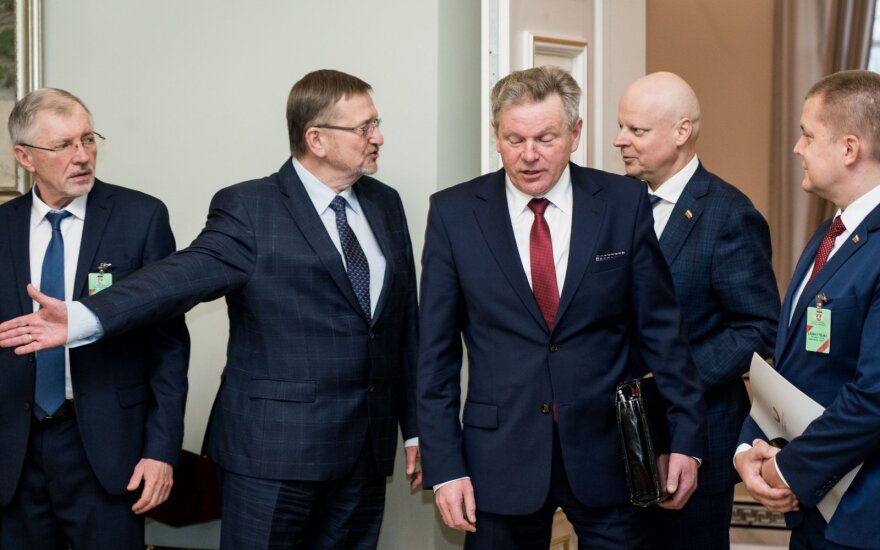 The prime minister also said the transport minister had warned him of "attempts to influence“.

"I see no scandal. I see a fairytale, based on the initial information. And law enforcement institutions should take measures," the head of government told journalists at the parliament on Thursday.

Lithuania's public broadcaster LRT reported earlier in the day that Narkevic, who served in a high-ranking position at Vilnius City Municipality a decade ago, could have had influence on Sodziaus Bustas, a construction company, winning kindergarten and school repair tenders.

LRT was anonymously told about that by the executive of now-bankrupt Sodziaus Bustas and Narkevic's former family friend.

According to LRT, 10 percent of the value of won tenders had to be spent on the reconstruction of the politician's house in Trakai, a town near Vilnius.

Law enforcement institutions should look into the situation, the prime minister says.

"If there's a person who claims that he (Narkevic – BNS) abused his official position and admits that, then he will be evaluated and that politician who had influence on one of another decision will be evaluated, i.e, the then Vilnius administration director," Skvernelis said.

The prime minister added that Narkevic had warned him about "attempts to influence".

"The minister warned me in advance, carrying out work within the transport sector, that there will be such attempts to influence the minister," the prime minister said.

In his words, if there's factual evidence on any crime committed by the transport minister in the past, then it would be a basis for his dismissal.

"If there's factual evidence that the minister committed a crime, then, with no doubt, yes," Skvernelis said.

LRT says the country's Special Investigation Service (SIS) had launched a pre-trial investigation in response to a statement by the owner of now-bankrupt Sodziaus Bustas. Its spokeswoman told LRT's investigation division that "SIS does not comment on the issue".

The issue of Transport Minister Jaroslav Narkevic 's liability must be resolved, Lithuanian...