Simonyte: if situation worsens, many activities will be linked to natl certificate

...
BNS
aA
If the epidemiological situation in Lithuania worsens, many activities will be possible only for people having the national certificate – proof that a person either has a COVID-19 test that is negative, has been vaccinated against COVID-19 or has recovered from COVID-19 Prime Minister Ingrida Simonyte says. 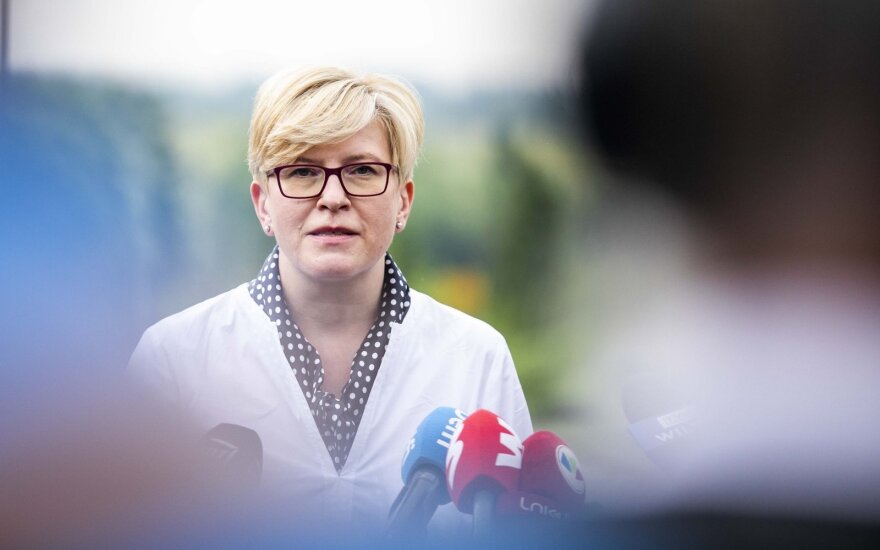 In her words, the hospitalization situation will be the main focus.

"The government will watch the situation, first of all, in hospitals as it's probably the most important indicator on whether we can provide healthcare services," Simonyte told the Dienos Tema (Topic of the Day) program on the national television LRT on Thursday.

The existing infection case dynamics do not allow making sound conclusions and forecasts as younger people, aged 20-40, are now ill as vaccination rates among them are lower but the risk of hospitalization for them is also lower, she said.

"If we see that the vaccination rates are not sufficient and the situation is worsening, then it is very likely that a lot of activities will be linked with the national certificate and it might no longer include the testing possibility or people will be required to pay for tests," the prime minister said.

Currently, representatives of certain professions, who refuse to vaccinate, are tested free of charge.

Speaking of President Gitanas Nauseda's criticism, expressed on Wednesday, for Health Minister Arunas Dulkys, Simonyte said that all ministers can be criticized. On the other hand, she added, the president should also take responsibility for the situation in the country.

"It seems that the president of the Republic of Lithuania is convinced that everything good in Lithuania takes place because of him, and everything bad happens because of the government. I think it's a shared responsibility and we all should make maximum effort and encourage our supporters to contribute to the common goal. I think the president will do that too," the prime minister told LRT.

During his annual press conference on Wednesday, Nauseda said he missed the Health Ministry's effort in encouraging vaccination.

On Wednesday, 102 new COVID-19 cases were recorded in Lithuania. In total, the country has already...

Lithuania’s businesses complain of labor shortage as workers tend to opt for the allowances paid by...

Lithuania lifts lockdown but many restrictions remain in place

After more than six months, Lithuania on Thursday lifted its most recent lockdown and some of the...

On Sunday, 60 new COVID-19 cases were recorded in Lithuania. In total, the country has already...

The biggest vaccination center in Vilnius at the LITEXPO exhibition center will be closed as of August...