...
BNS
aA
Lithuania's parliament, the Seimas, has on Tuesday allowed detaining illegal migrants crossing the country's border but for no more than six months, according to the adopted amendments to the Law on the Legal Status of Aliens, initiated by the Interior Ministry in response to the ongoing migration crisis. 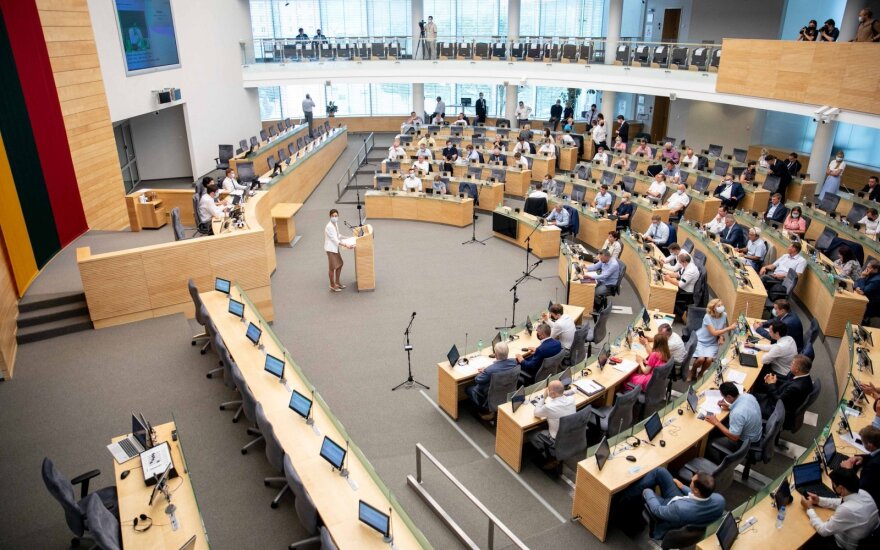 They were backed by 84 lawmakers, one was against and five abstained. The changes will come into force once they are signed by President Gitanas Nauseda.

The Cabinet had asked the parliament to debate and adopt these amendments under a fast-track procedure.

Presenting the amendments, Interior Minister Agne Bilotaite said that the country's special service indicates that migrants inflows might increase further, therefore, "measures to resolve this crisis need to be swift, deterring and united".

The adopted changed will restrict the free movement of migrants who have illegally crossed into Lithuania and limit other rights of such people when the government declares an emergency situation due to a migration influx.

A total of 1,716 illegal migrants have been detained at Lithuania's border with Belarus this year so far, more than a 20-fold increase compared to the whole of 2020.

Most of the migrants originally come from the Middle East and Africa.

A state-level emergency situation is now in Lithuania due to the growing influx of irregular migration via Belarus.

In retaliation for EU sanctions, Minsk says it is no longer stopping migrants seeking to cross into the bloc.

The distribution of welfare is not fair in Lithuania, President Gitanas Nauseda says, adding that...

Lithuanian President Gitanas Nauseda confirmed on Wednesday he would have not signed the partnership...