(1)
aA
According to a government source known to ERR’s Estonian news portal, the Russian Baltic Fleet is moving an Iskander-M missile system from Ust-Luga to Kaliningrad on a civilian vessel, ERR News reported. 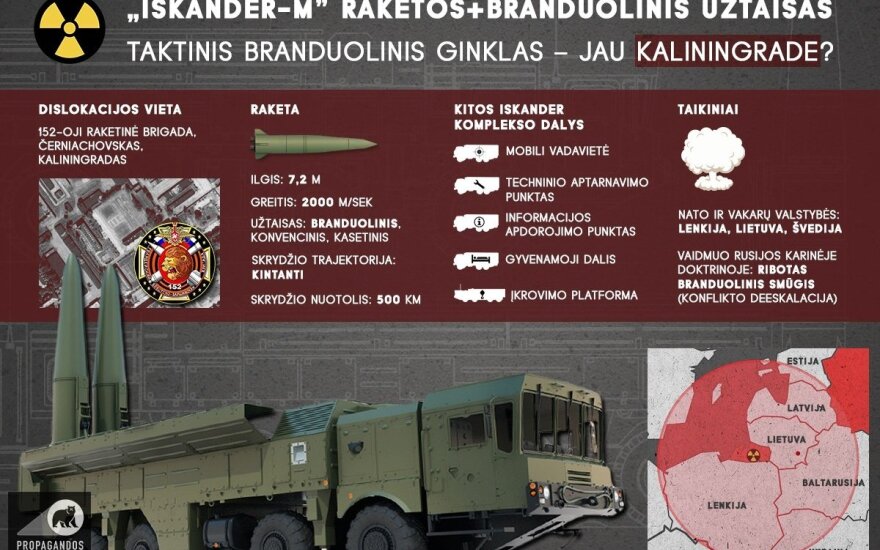 The ship, called the Ambal, is currently at sea moving towards Kaliningrad, where it is expected to arrive today Friday.

The possibility exists that the violation of Estonian airspace by a Russian military plane on Thursday is connected to the move.

Asked by ERR’s Estonian news portal if he could confirm, Minister of Defence Hannes Hanso (SDE) said that they had their own channels to answer such questions. “But it’s certainly true that we have reason to keep our eyes open in the air, on the water, and everywhere else,” Hanso said.

Asked if the airspace violations that occurred in Finland and Estonia on Thursday and Friday could be connected to Russia’s move, Hanso said that this possibility couldn’t be excluded.

Iskander-M is a ballistic rocket system designed to destroy strategic targets in a distance of 500 to 700 kilometers.

In 2010 and 2011 the Russian 26. missile brigade around Lake Peipus was equipped with rockets of this type (12 positions in total). According to magazine Diplomaatia, it is likely that the Iskander system was introduced to the 152. missile brigade stationed in Kaliningrad in 2012 and 2013.

The Iskander system is intended for the destruction of strategically important objects, such as airfields, ports, railroad junctions, military headquarters, and so on. From Kaliningrad, the range of the system reaches from southern Poland to central Finland, ERR News writes.

Airspace violations in Finland and Estonia on Thursday and Friday

A plane of the same type violated Estonian airspace close to the island of Vaindloo in the Gulf of Finland at 2:38 a.m. on Friday. The jet was on Estonian territory for less than a minute, the Estonian Defence Forces reported. A flight plan had not been filed, and the plane’s transponder was not active.

The Ministry of Foreign Affairs summoned the Russian ambassador on Friday to hand over a protest note.

DefMin declines comment on reports of Iskander being moved to Kaliningrad

The Lithuanian Defenče Ministry declined on Friday to comment on Estonian media reports that Russia...

Russia has fired the top military commanders of its Baltic Fleet , which is based at Kaliningrad ,...

NATO fighter jets serving in the NATO air policing mission in the Baltic countries were scrambled...

Russian military ships and aircraft, which have become more active in the Baltic Sea recently, pose...

Europe must continue its sanctions on Russia amid the Russian military action in Syria and...