BNS
aA
Ramunas Karbauskis, the leader of the ruling Lithuanian Farmers and Greens Union, has dismissed as ridiculous criticism over the employment of Prime Minister Saulius Skvernelis' wife with a company that is part of Poland's oil group Orlen. 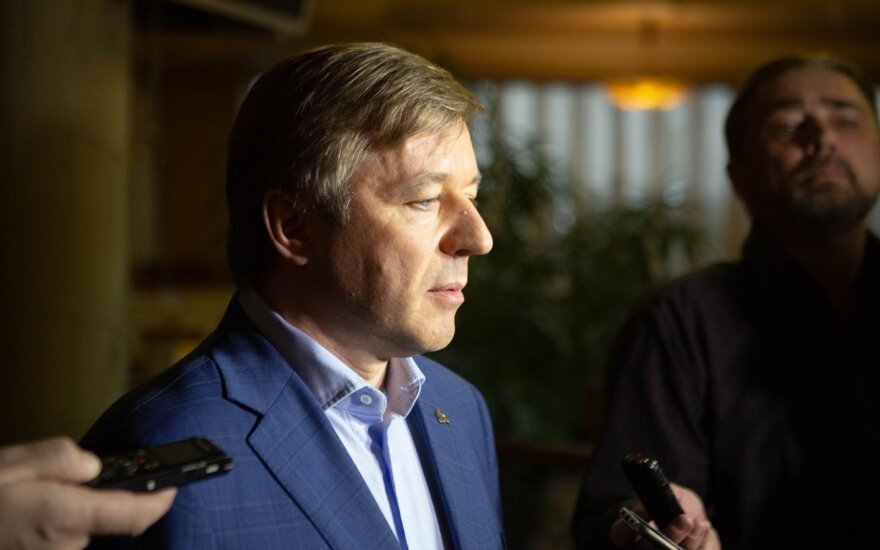 The prime minister on Tuesday supplemented his declaration to report that his wife, Silvija Skvernele, works with Orlen Baltics Retail.

According to Karbauskis, Skvernele has a non-managerial position in line with her professional qualifications.

"What difference does it make where she got employed? Does the prime minister's wife have no right to work?" the party's leader told LRT Radio on Wednesday.

"If she got a senior-level position, then I understand that some theories could be made out of this. But she got a job by profession. Finding a job is not a problem today; we are not living in a crisis period," he said.

"I was informed by the prime minister that his wife had got a job. I said, 'It doesn't matter, because this is a non-managerial position and is unlikely to raise doubts.' But doubts did arise."

After the prime minister supplemented his declaration, some journalists and politicians suggested that his wife's job might have something to do with the government's decisions favorable to Poland's oil group Orlen.

"If someone says that corruptive ties were needed here, this is ridiculous," Karbauskis said.

Skvernelis has not yet commented on the situation.

Vilnius District politicians on Friday decided to endorse a strategic activity plan for 2020–2022...

Lithuanian Prime Minister Saulius Skvernelis ' popularity rating has dropped further down amid the...