...
BNS
aA
Irina Rozova, a member of the Lithuanian Seimas, denies she tried to hide her ties with Russian diplomats from the country's State Security Department, and called her contacts with them informal but not personal. 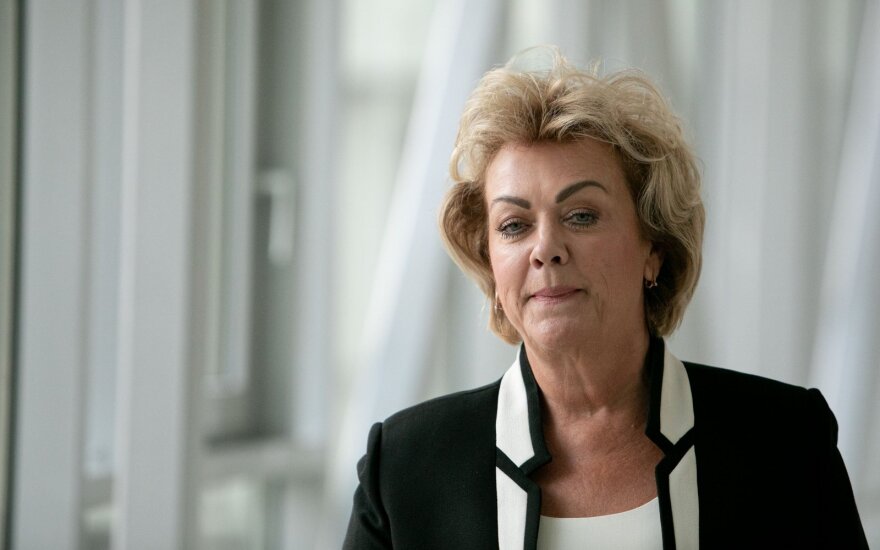 "Personal ties, in my opinion, are very close ties, communication among families, and I have not had and don't have such ties with Russian diplomats," Rozova told a press conference at the Seimas on Wednesday.

The lawmaker believes the SSD's questionnaire is formulated incorrectly as it contains a question on personal ties with diplomats. She confirmed to have had informal contacts but didn’t think they should be identified as personal.

The Seimas of Lithuania is now considering a proposal to carry out a parliamentary investigation into whether Rozova's ties with Russian diplomats do not pose threat to national security.

The parliamentary Committee on National Security and Defense decided to initiate the parliamentary investigation into MP Rozova's alleged ties with Russian diplomats and security officials after its members got acquainted with the State Security Department report submitted to Viktoras Pranckietis, the speaker of the Seimas, in January 2018.

In the report, the SSD recommended not to grant the lawmaker permission to work with classified information.

The report says that Rozova tried to get Russian diplomats involved to influence the formation of a ruling coalition at Vilnius City Municipal Council eight years ago and that the member of the Seimas had contacts with Russian Consul General Vladimir Malygin who was sent out of Lithuania in 2014.

The report also states that SSD officers met with Rozova in 2014 and warned her about communication with Russian diplomats but "the SSD has classified information that proves Rozova's contacts with representatives of Russia's diplomatic corps after the instruction on February 26, 2014".

The report also states that the information contents shows that Rozova's ties with Russian diplomats were of personal nature.

Rozova is a member of the Russian Alliance and of the Electoral Action of Poles in Lithuania – Christian Families Alliance's political group in the Seimas.

Lithuanian MP Irina Rozova says the State Security Department (VSD) did not warn her against...

LRT Investigation. The scattering Russian Alliance is hunting members: how did V. Tomaševski‘s Poles help it?

Russian Alliance leader Irina Rozova’s business trips are planned with the aid of the Russian...

Lithuanian MP Irina Rozova says an intelligence report based on which she was denied access to...

" Preventive conversations " with intelligence officials would make it easier to prove a person's...

Members of the Lithuanian parliament's Committee on National Security and Defense (CNSD) are...