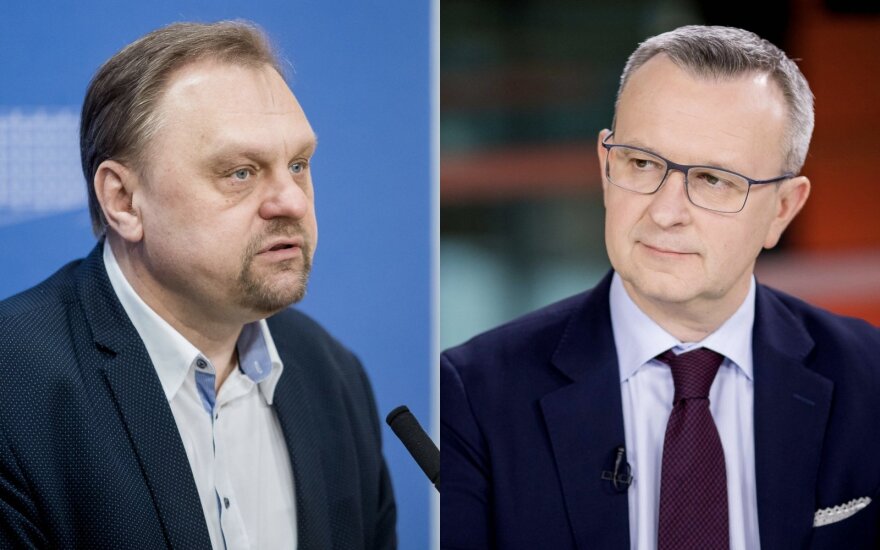 The detentions came as part of an investigation by the Special Investigation Service (STT) and the Prosecutor General's Office into suspected large-scale bribery, graft, trading in influence, squandering of property, and document forgery.

"Damage could have been done to the entire state and the state budget, and the tax burden for all Lithuanian citizens could have increased," he added.

According to Pasilis, the law-enforcement bodies have sufficient evidence to suspect that Sutkus could have used his office, social status, contacts or other means of influence to push through various pieces of legislation for unlawful financial reward.

This could have led to an increase in the tax burden for all tax-payers, he said.

Around 100 STT officers are currently conducting some 70 searches at the suspects' homes and offices.

"The investigation has revealed that illegal lobbying took place and money was earned from lobbying activities, that is, from exerting influence in making one or another decision, not only in the legislative process," he said.

According to Bartkus, the four private individuals detained as part of the investigation are "people from the business world".

The investigation looks into suspicions that Sutkus could have exerted influence, for a payment, not only on members of the Seimas, but also on decision-makers in other institutions, but there is no information that parliamentarians could have been involved in unlawful activities.

While the association's president lawfully acted as a lobbyist to defend banks' interests, he "got involved in the allegedly criminal scheme when he turned to the president of the Business Confederation," Bartkus said.

Sutkus has held the post of the LVK president since 2010. His earlier career includes positions at the Lithuanian Industrialists' Confederation (LPK) and the Lithuanian Chamber of Commerce, Industry and Crafts, as well as Achemos Grupe and Fima.

Sutkus has in the past worked as the director of corporate affairs at MG Baltic. He advised the then President Rolandas Paksas on economic matters at a time when the business group purchased the Stumbras distillery from the state.

Zalatorius, 47, took over as LBA president from Stasys Kropas, who had headed the association since 2008, in May 2017. He has also held the post of vice-president at LPK since 2018.

Prosecutors from the regional prosecutor's office in Lithuania's western city of Klaipeda said on...