Tik Delfi plius nariams Prisijungti
BNS
aA
The ruling Lithuanian Farmers and Greens Union (LFGU) ranks second on the list of the country's most popular parties, however, the support has hit the lowest point after the 2016 elections, shows a poll published in Lietuvos Rytas daily on Saturday. 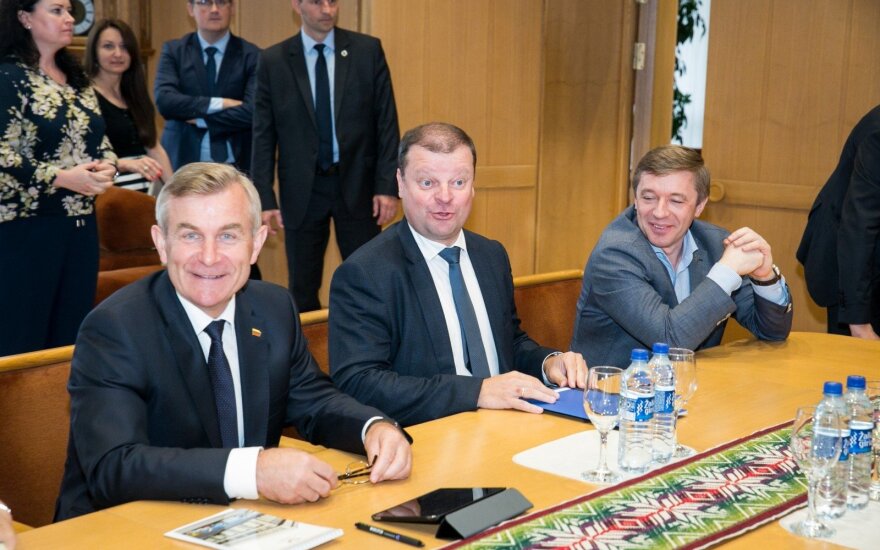 According to the poll by Vilmorus, the party would secure 12.4 percent of the vote in October, down from 13.5 percent a month ago.

"The LFGU have the lowest rating over the entire post-election period, although it holds the second place," Vilmorus CEO Vladas Gaidys told BNS.

The popularity of Lithuania's President Dalia Grybauskaitė saw a slight decline in September from...

Lithuanian residents mainly want to vote for Prime Minister Saulius Skvernelis in the 2019...

No major changes were reported in the ratings of Lithuania's parties, personalities and the government...

Leaders of the ruling Lithuanian Farmers and Greens Union (LFGU) have downplayed the fact that the...

The Lithuanian Center Party headed by MP Naglis Puteikis would cross the five-percent threshold to...