BNS
aA
Lithuania's conservative MP Valdas Rakutis is stepping down as head of the parliamentary Commission for the Cause of Freedom and the National Historical Memory after his comments on the Holocaust drew widespread criticism. 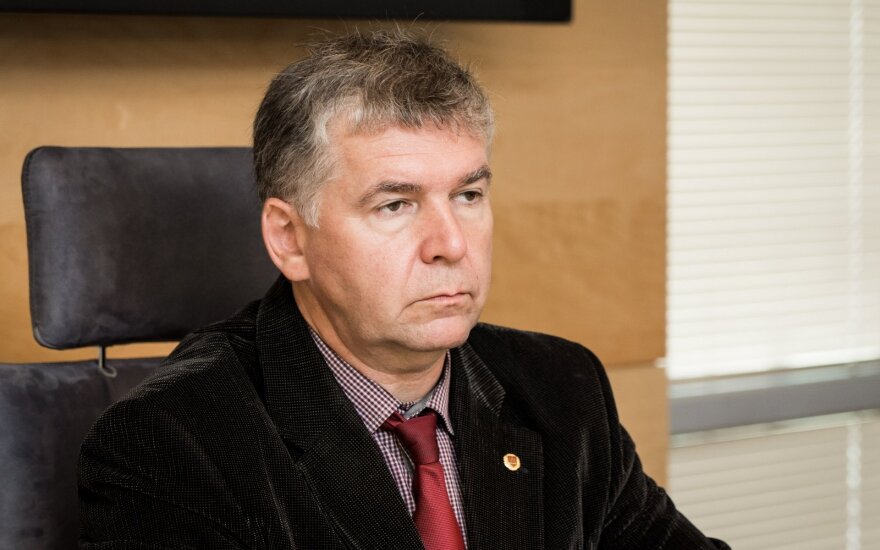 The parliamentarian said in a statement on Friday that he decided to quit because he had been asked to by the leadership of the Homeland Union–Lithuanian Christian Democrats and its parliamentary group and because he wanted to take political responsibility for his comments.

"I hope that this step will help to eliminate unnecessary tensions both at home and abroad (...) and will allow further discussion to develop in a more constructive direction," he said.

Rakutis, a historian by education, said that in his op-ed published on Wednesday, on International Holocaust Remembrance Day, he wanted to say that the occasion required not only paying tribute to the victims, but also analyzing the causes and manifestations of the phenomenon.

"The statement that I, a political novice, made with this intention on International Holocaust Remembrance Day has unfortunately had the opposite result," the MP said.

"Instead of (encouraging) people to delve into the essence of the phenomenon and understanding its complexity, the text caused great dissatisfaction and international uproar, and hurt and disappointed many people who are dear to me," he said.

"I admit that several carelessly chosen words and generalizations were not accurate and appropriate in today's context, and also gave a basis for interpretation and speculation."

Rakutis apologized "to all people who felt offended, to my colleagues and party leaders and members, and to diplomats and citizens of friendly countries".

In his op-ed, the MP claimed that some Jews collaborated with the Nazi and Soviet regimes.

"But what about these helpers? Who are the people who adopt terrible ideas? Are they the leaders of the Lithuanian people such as the first volunteer Kazys Skirpa or Generolas Vetra (Jonas Noreika)? Or maybe Antanas Smetona? Despite the great uproar of recent years, it was never proved that they organized the Holocaust. No, these are completely different people, often uneducated, inclined to feel important with a gun in their hands, sometimes severely affected by the 1941 Soviet repression, sometimes blindly following orders," he wrote.

"Let’s get to know them; let’s understand why they did so. After all, there was no shortage of Holocaust perpetrators among the Jews themselves, especially in the ghetto self-government structures. We must name these people out loud and do our best to ensure that there are no people like them again. But (we) also (have) to answer the question of what were the views of the Jews themselves, what ideas led some Jews to collaborate with the Soviet authorities (and) hold important positions in repressive Soviet structures. Sometimes the understanding of the causes allows one to understand the consequences, although it does not justify the actions."

The Nazis and their local collaborators killed over 90 percent of Lithuania's pre-war Jewish population of more than 200,000 people after Germany occupied the country during World War Two.

More than 900 Lithuanians have been named Righteous Among the Nations by Israel for risking their lives to save Jews.

The National Museum of Lithuania has prepared a portable exhibition about Lithuanian archaeologist...

A team of Israeli and Lithuanian archaeologists excavating the site of the Great Synagogue of Vilnius...