Prof. Robert van Voren, head of Vytautas Magnus University’s Andrei Sakharov Research Centre for Democratic Development,
DELFI EN
aA
Over the past two decades mental health has made quite a progress in moving up the global political agenda. In the 1990s mental health was definitely not considered as such, and it took an extensive study carried out under auspices of the World Health Organization to convince the World Bank that the economic burden of psychoneurological diseases was not only undervalued but actually among the highest in “Disability-Adjusted Life Years” (DALY’s). In other words: these diseases resulted in one of the highest percentages of productive life years lost. This led to a decision by the World Bank to alter its strategy and start paying attention to mental health issues. 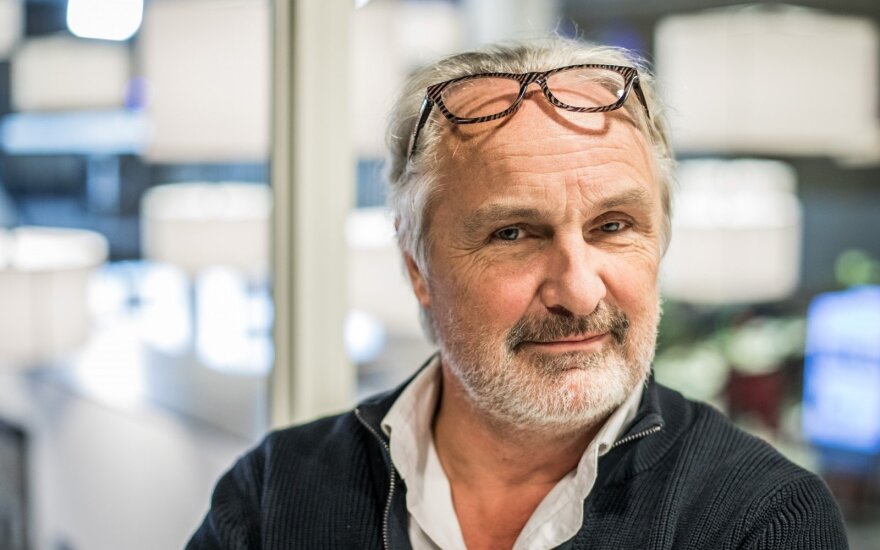 In the early years of the twenty-first century, the then director of Mental Health and Substance Abuse of the World Health Organization, Professor Benedetto Saraceno, successfully lobbied to have mental health declared one of the priority areas of the organization, and as a result also other international bodies such as the European Commission started to focus on the consequences of mental disorder and specific illnesses such as depression and dementia. Over the past few years, for instance, the WHO has declared dementia a priority and made it a special target in its work.

However, even though mental health finally got the attention it deserved, in practical terms this was not always followed up by action. Even in an affluent country like The Netherlands mental health care services remained under-financed and when the crisis deepened some leading mental health professionals started a campaign titled “The New Mental Health Service” (De Nieuwe GGZ) suggesting to the government a fundamental restructuring that would make services more effective, more adjusted to the needs and would help end the waiting lists of sometimes more than half a year before help could be provided, even in time of crisis. And also now, when the COVID-19 pandemic has resulted not only in a global lockdown but also in an impending epidemic of mental health problems, governments fail to see the need to involve mental health professionals in the decision making process. Neither in Belgium, nor in The Netherlands psychiatrists are part of the core team that advises the government on isolation regulations. Psychologists are indirectly consulted, but the main voice is determined by virologists, who do not focus on the mental health consequences of their decisions. For instance, the isolation of elderly in nursing homes has been extended until May 20, while there are more and more elderly people who raise their voice and say they rather see their children during the last months of their life with the risk of dying from COVID-19 than withering away in total isolation. So far these important voices have been totally ignored.

In the former Soviet Union the situation is much worse. The reason is that in most of the former Soviet republics, the old Soviet highly institutional system of mental health care services was never fully changed into a modern chain of services ranging from psychiatric hospital to community-based services such as mobile crisis intervention teams. Also in Lithuania, thirty years after independence, the reform has never been completed and crisis intervention and community outreach is almost nonexistent.

In Ukraine the COVID-19 pandemic is resulting in an increasing number of infections and resulting deaths. In that sense it is not so different than in Russia, which was equally unprepared and where the worst is yet to come, but Ukraine is facing a double crisis which catastrophic consequences because of a decision taken by the Ministry of Health to cut the financing of specialized hospitals with 50% as of April 1, 2020. The timing could not have been worse.

It goes too far to get into the question who is to blame for the current situation, the current minister or one of his predecessors, but the fact is that since Maidan in 2014 not one minister has been able to do what needs to be done: to make sure adequate resources are put in building a modern system of community based mental health care services while the old system is maintained until the new system is able to take things over. This is rule number one in mental health care reform: don’t destroy what is old as long as the new is not in place. Ministers have totally disregarded international expertise in this field and one deliberately chose to ignore the psychiatric profession because “all psychiatrists are Soviet and corrupt”. The result is a total mess, ending with the fateful decision to cut funding with 50% that also affects mental hospitals in the country. Research carried out by the Institute of Psychiatry at Shevchenko University showed that worst hit were institutions where long-term chronic patients were kept, with some having as little as a mere 12% of the original funding. Within the first weeks, some 50 psychiatric hospitals in Ukraine dismissed more than 3,000 staff members, including 200 doctors and more than 600 psychiatric nurses. Another 800 staff members were put on part-time employment.

One can now see a catastrophic situation unfold: while psychiatric hospitals are among the most vulnerable to mass COVID-19 infections, the management is forced to dismiss part of the personnel because of lack of finances. From all over the country I receive reports on services collapsing because of this decision. At a time when anxiety and stress in the general society is increasing rapidly, in particular among those who have a history of mental health issues, and one can expect a significant rise in hospital admissions and suicide attempts, hospitals are forced down to scale down their services. While the Ministry of Health fails to provide hospitals with adequate personal protection equipment to safeguard the staff against COVID-19, it instead takes away the already very slim financial basis on which the services more or less functioned. The result will be that mental health problems, including alcoholism, domestic violence and other related problems, will not be dealt with but will create an even bigger disaster.

This is not irresponsible. This looks more like criminal negligence, with far-reaching consequences. It is time the world mental health community raises its voice and calls upon the Ukrainian government to take its responsibility and provide its population with the health care it needs.