BNS
aA
Lithuanian MP Naglis Puteikis, one of the presidential candidates, on Friday confirmed he did not vote for himself, apologized to voters and invited them to vote for other candidates, Prime Minister Saulius Skvernelis or philosopher Arvydas Juozaitis. 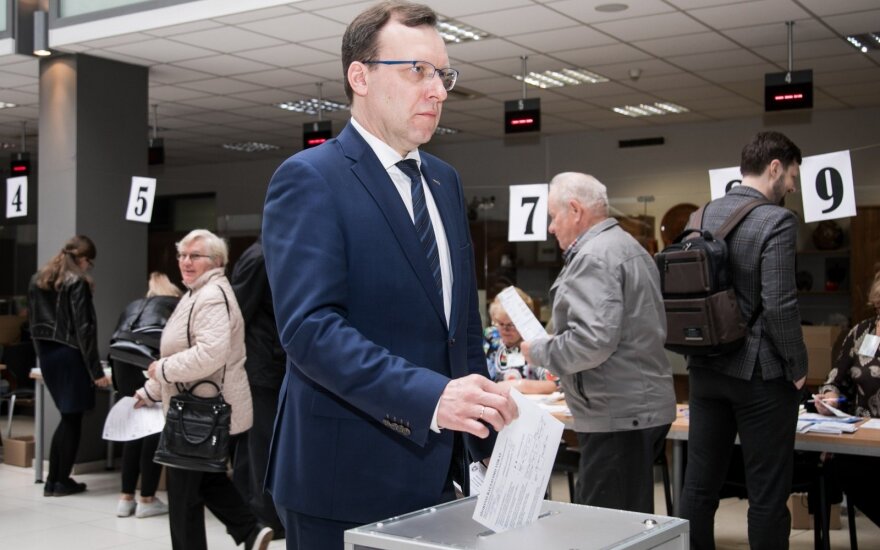 In his words, it is necessary to do so to prevent economist Gitanas Nauseda from getting into the runoff.

"I voted not for myself. I voted for another candidate and I'm calling on all Lithuanian citizens to do the same," Puteikis told journalists in Vilnius after casting his vote early.

The MP did not disclose who he voted for but he said he did so based on values which are best represented by Skvernelis and Juozaitis.

Early voting in the presidential election and two referenda on expanding dual citizenship and cutting the number of MPs is taking place in Lithuania since Monday.

Voters have last chance to vote early at municipalities (2)

The Lithuanian Farmers and Greens Union (LFGU) may quit power if it loses this month's presidential...