BNS
aA
A criminal case in which charges were brought against two suspected accomplices of Nikolai Filipchenko, an exchanged Russian spy, has been submitted to a court for trial, the Lithuanian Prosecutor General's Office said on Wednesday. 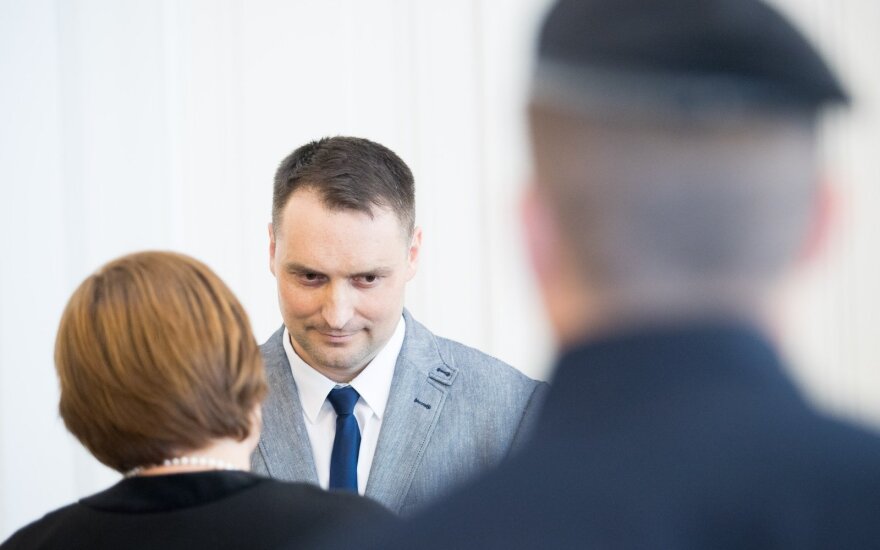 Filipchenko was convicted of espionage in Lithuania in 2017 but was returned to Russia in a three-way spy swap last month.

In the new criminal case, a Russian citizen and a Lithuanian citizen, identified only by their initials I. G. and V. S., respectively, were charged in absentia with espionage.

I. G., the Russian citizen who headed the intelligence department at the Kaliningrad branch of the Russian Federal Security Service (FSB) at the time the offences were committed, was also charged with falsification of documents, use of false documents, and multiple illegal border crossings, the Prosecutor General's Office said.

The two men, acting in an organized group with Filipchenko, met with certain Lithuanian citizens in several countries between October 2011 and late 2014, and recruited them to spy against Lithuania, and paid them for information, according to the press release.

The case was sent for trial at Vilnius Regional Court.

According to the case-file, several Lithuanian citizens, on FSB's radar due to their previous work experience and existing contacts with former and current employees of various Lithuanian institutions, were recruited at different times and separately from each other.

These people were tasked with collecting information about Lithuania's VIP Protection Department and its staff as well as about how the country's leaders and their offices and homes were protected and what technical equipment was used, etc.

According to the prosecutors, special attention was given to gaining access to private, technical and other information about the then President Dalia Grybauskaite's protection and to making contacts with officers in charge of security systems. Efforts were made to recruit these officers to bug the president's office and residence.

The pre-trial investigation revealed that the accused had taken active steps to receive as much detailed information as possible about the then and former officers of the Lithuanian State Security Department (VSD).

In order to obtain such data, the accused provided the people they had recruited with technical and other means, advice, instructions, and cash for buying communication equipment and third-country visas.

According to the case-file, I. G. used fake ID documents during his trips abroad to meet with recruited persons.

Filipchenko was detained by Lithuanian officials in 2015 when traveling by train from Russia's Baltic Sea exclave of Kaliningrad to Belarus via Lithuania.

In July 2017, Vilnius Regional Court ruled that Filipchenko was an FSB officer and convicted him of espionage. According to the court, he operated under a fake identity.

According to Lithuanian intelligence, it was the first time that a Russian FSB cadre had been detained in Lithuania for spying.

Filipchenko was sentenced to ten years in prison, but pardoned by President Gitanas Nauseda on November 14, 2019, a day before the swap exchange took place.

As part of the deal, Filipchenko and another Russian citizen, Sergey Moiseyenko, was returned to Russia in exchange for two Lithuanian citizens convicted in Russia for spying, Yevgeny Mataitis and Aristidas Tamosaitis.

The exchange also included Frode Berg, a Norwegian citizen jailed in Russia for espionage in a Russian jail.

Norwegian citizen Frode Berg was flown to Norway from Lithuania on Saturday and is at an...

The Vilnius authorities rejected a proposal last week to hold a concert in the Lithuanian...